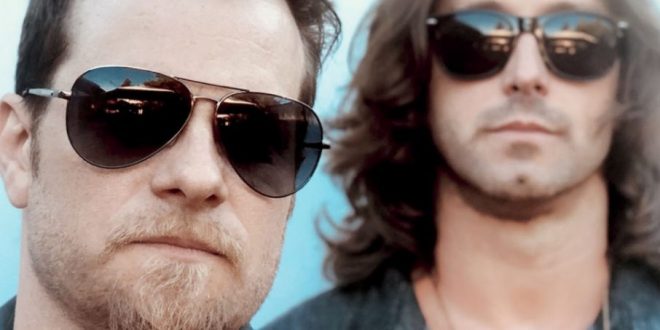 Life, and all the energy that drives it out of the silence and into existence every day the earth continues to spin around, is unpredictable and littered with fools who would seek to throw everything into chaos just for the sake of creating order for themselves exclusively. These living barriers separating the masses from happiness are a constant challenge for us all to contend with, and they’re the subject of an angst-ridden rock number in “Idiology” by Last Giant I’d really recommend taking a peek at if you’re in the mood for rebellious rhythm and rhymes that don’t fall in line with the robotic norms in music culture today.

The distortion on the guitar parts in “Idiology” is fat and indulgent, but it doesn’t create a murkiness in the mix one could deem detrimental to the advancement of the lyrical narrative here at all. On the contrary, even the sludgy elements of this track are crisply delivered to the listener as to give us all of the brawn and might Last Giant can deliver when they’re playing no more than six feet in front of us (as opposed to from within the four walls of a distant studio somewhere).

We find the lead vocal woven into the instrumental discord rather bluntly here, but I wouldn’t say it’s left to fend against an ocean of noise as the band ascends towards the climax of the song. You can tell this was indeed recorded live at The Hallowed Halls, as every component of the music connects rather fluidly instead of sounding stacked together through the masterful hands of producers, and if everything weren’t as sharp in the big picture as it is, I have to wonder whether or not the band would still retain the liberal punch of adrenaline they offer us in this instance.

The chemistry between the players in Last Giant is undeniable, and the music video for “Idiology” reinforces this. They’re grinding away at the riffs as a collective unit rather than relying on the sportiness of the guitar or drum parts alone to forge every cathartic release in the song. This is exactly the kind of intensity that once made blue-collar rock n’ roll the biggest style of music on the planet, and it isn’t hard to imagine it having a similar impact on a new generation of ax-wielding songwriters contemporarily as well.

Screaming Trees-style guitars and Cold War Kids-inspired wailing clash for a blistering alternative rock juggernaut courtesy of “Idiology” that more music lovers need to be buzzing about this summer, and personally, I don’t think it would be very wise to keep Last Giant off of your radar if big beats and thunderous riffage are your cup of tea overall. This is an act that isn’t new to the model by any means, but instead have developed their own approach to its most beloved features and are putting it into practice rather impressively here. “Idiology” is more than a political statement about the inevitable chaos inflicted by ignorant minds in our society; it’s a commentary about what rock ought to be, and moreover, what it should stand for in our modern times.