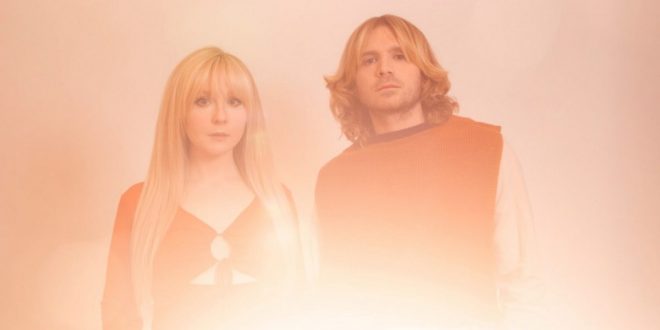 The British underground’s electronic beat has an unmatched history on both the regional and international levels, and while scores of acts have come through the circuit with inventive sounds over the years, not many have garnered the intrigue Corbu & Jimi Goodwin are this season. The pair’s new single, “Lost & Found,” is an interesting hybrid of electronica and neo-psychedelia as imagined through specifically 21st-century ears, and while others have been content to construct throwbacks to a bygone era in 2021, this duo is clearly focused on pushing into the future over the past with their hypnotic sound.

The psychedelic undertones in “Lost & Found” protrude through the otherwise electronica-inspired framework of the composition rather fearlessly from the get-go, but this doesn’t make the synthetic componentry in the music redundant (quite the opposite, actually). There’s something to be said about the cerebral nature of the integration of artificiality and organic rock elements in this release, and though it occasionally comes off as being a crude combination more than it is a seamless marriage, there’s nothing here to suggest that Corbu & Jimi Goodwin weren’t going for this kind of a look to begin with.

“Lost & Found” features a blissfully melodic lead vocal, but it still manages to translate as being a bit jarring beside the surreal backdrop created by the instrumentation, bringing to mind progressive rock conceptualism and avant-garde pop experimentations the same. Juxtaposition is an essential part of what allows for even the more rigid points of focus in this track to flow well with the rest of the music, and you could make the argument that if Corbu & Jimi Goodwin had gone with a less complicated setup, they might not have been able to demonstrate the aesthetical depth they do with this juggernaut of a piece.

These grooves are just about the most unstoppable part of the song, and though they’re certainly danceable, they never take over command of the artistic narrative here. There’s really nothing beat-centric about “Lost & Found;” the fact that its rhythm is as infectious as it is seems more incidental than deliberate, introducing a bit of whimsy into the picture where there might have been none in another scenario. Corbu & Jimi Goodwin have a sexy formula here, and as zany and anti-establishment as it is, it feels more refreshing and comforting than some of the more familiar works I’ve been reviewing this past spring.

I hadn’t listened to this pair before, solo or as a unit, but if they’re going to continue producing content as thoroughly captivating as “Lost & Found” is, it’s difficult for me to imagine their moniker fading into the noise that is the indie rock media. There’s a pulse to their sound that doesn’t exist within a lot of the other more experimental acts making waves on both sides of the Atlantic Ocean this year, and while it still needs some fine-tuning to embody the complete scope of artistry these two could foster in perfect circumstances, their style will have my complete attention moving forward.

Previous Single Review: Greg Hoy “Move Along”
Next Will tomorrow