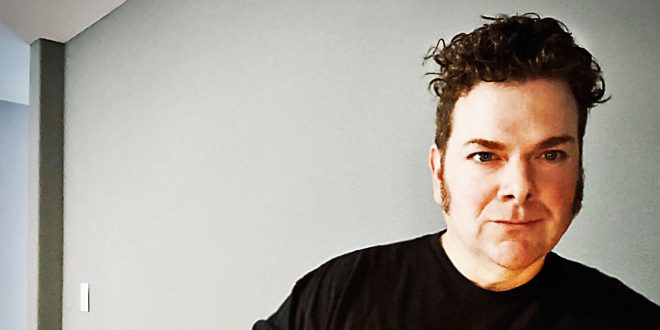 Not enough has been said about the roots element in Greg Hoy’s sound, but in the new single “Move Along,” I think the influence of Americana is a little difficult for even the most ignorant of critics to ignore. Let’s face it – Hoy has become one of the most-discussed players of 2021 in his scene, and it’s largely because of the versatile (but nonetheless straightforward) dynamics he brings to alternative rock’s present and future, especially with regards to his songwriting style. This is a piece that shows off a humbler, more rustic side of his personality, while keeping the edgy garage rocker traits he sports perfectly intact.

The lyrical premise in “Move Along” offers us fragility, which in itself is more or less a theme in Hoy’s latest album, but the vocal with which it’s conveyed to the audience obscures any implied vulnerabilities with an aggressiveness you would have to be crazy to miss. The intentional concealment of emotionality reflects the story my man is trying to construct far better than any slew of words and music alone could have independently, thus proving to any critic how vital a multilayered approach to pop songcraft can be in 2021.

This narrative is something we have to unpack verse by verse, but the way the instrumentation was mixed affirms an intensity that conflicts quite profoundly with even the slightest suggestion of meticulousness here. Contrast is everything to Greg Hoy, as he’s demonstrated in the last couple of singles he’s released, but this is a performance in which he doesn’t have to overstate cosmetic differences to illustrate an otherwise poetic concept. He’s accomplishing so much more than the competition by doing considerably less as an artist, which is something I would love to see catch fire in the pop genre in general right now.

The guitar component of “Move Along” is at times so swollen in this mix that there are moments where it would seem the vocal couldn’t stand a chance of sounding as prominent in the track, but this just isn’t the case. The tonal contributions from every instrument, starting with the hard-hitting guitar part, make the signature harmony in this single what it is, and despite the gargantuan size of the strings, the details never get lost in translation. This is because of the careful manner of construction here, which is something I expect out of everything Hoy records these days.

Greg Hoy’s brand of rock n’ roll truly is as indie as they come, and when looking at the mainstream status quo for the genre in 2021, I wouldn’t be shocked if his new album garnered more love from the press and the fans than anyone would have initially assumed it could. There’s no room for commercial corruptions in this player’s formula for making superior rock, and in “Move Along,” he reminds everyone listening that the only thing that really matters to him is quality. This is a legitimate step away from mundanity if I’ve ever heard one before, and something any rocker will have trouble resisting this summer.