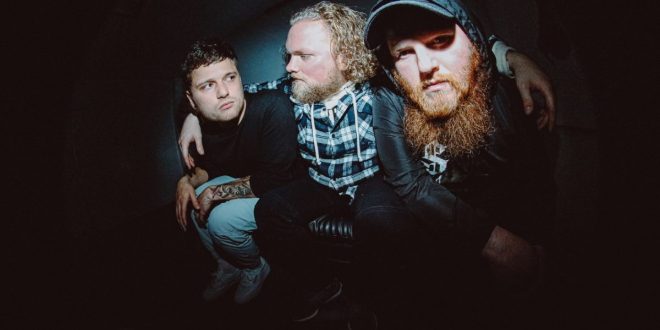 Musically, “Escape” is a high energy rocker which transitions to an atmospheric verse layered with electronic elements, before kicking back into high gear with a mainstream rock radio ready hook. Lyrically “Escape” tackles life in Quarantine. “The song is really about feeling dissociated from the world, and the people around you,” explains the band, “We wrote the song during covid Quarantine, and it really is about life right now, the world right now.” The track deals with the realities faced from a life in lockdown.  “Being basically alone for all those months, you start to think, and let your mind run, and the feeling of dissociation, among other feelings and thoughts really start to overtake your head space.”

Execution Day tapped Ice Nine Kills guitarist Justin Deblick to help bring the song to life. “Us and Justin  worked really hard on making this some of the best music we’ve ever wrote,” says the band, “We’re really excited to get this new music out there, it’s something we’re really proud of.”

Along with the single, Execution Day has dropped a music video for “Escape”,  directed and shot by King Zabb. The stylized performance video showcases the electric energy of the band and track.

Formed outside of Pittsburgh in 2015, Execution Day brings something different and Unique to the Metalcore/ Alternative world. Since conception the band has always wanted to be their self. Write music that was unique to them, and had a sound all their own. Consisting of members Alec Coslow, Dylan Dively, and John Halstead, the band takes influences from many genres and artists to make something that is completely their own.