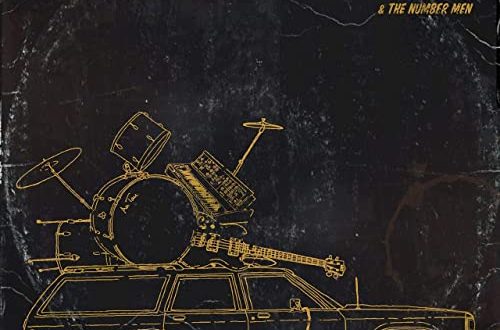 The influence of postmodernity on contemporary music is impossible to ignore no matter what genre you listen to the most, but it can be said that this is perhaps most prevalent in hip-hop and indie rock at the moment. Acts like 10-19 & The Number Men simply don’t have time for the limitations and anti-experimental attitudes too many of their forerunners in alternative music had allowed to impact the soundtrack of the 2010s, and in a sense, this is what drives their new single “July 10th” home to listeners like myself. There aren’t any boundaries for this group, compositional or otherwise, and that’s clear even when taking a mere glance at their new release.

This track isn’t mixed to feel suffocating, but it certainly doesn’t filter any of the brawn out of this band’s sound at all. The dreaminess of the melodies makes up for a lack of physicality out of the lead vocal – which is delivered in an ominously understated manner – and at no point do the players rely on tempo or tonality alone in setting up the emotional stance of the lyrics. Is it complicated songwriting? From some angles I would have to say yes, but ultimately “July 10th” still sounds and feels so much more original as a result of its intricacies.

10-19 & The Number Men are one of the more intriguing groups I’ve reviewed this year, and regardless of what you think about their one-of-a-kind approach to making smart crossover hip-hop, their new song is going to provoke a gut reaction when you hear it. I was instantly taken with what these guys are doing from the ground up, and although it’s pressurized within the context of this studio recording, I feel like the charisma they’ve got as a unit is going to develop amazingly well in the post-quarantine music industry.