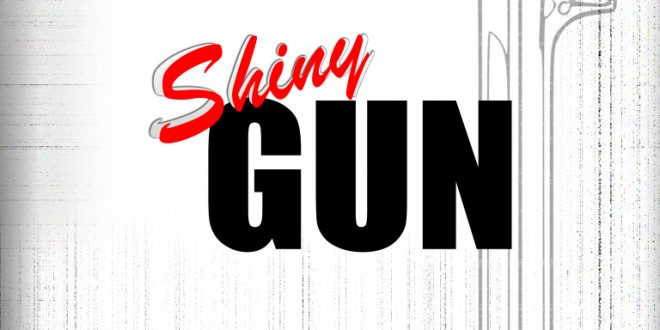 Christos ‘Stos’ Tsantilis continues to be a crucial asset to the recording industry. Since the 1980s, the Greek multi-instrumentalist has earned an international reputation for his combinative, genre-bending approach as a producer and mixing engineer, solidified by a Grammy Award nomination and over 20 million sales. Additionally, his experience in the studio has led to a host of other endeavors, including acoustic designing, marketing, and technical writing.

Recently, Tsantilis revisited a song, “Shiny Gun,” which he had written with his band NOSUGA nearly two decades ago. While initially hesitant to release the track due to its emotionally raw subject matter, dealing with a close friend’s suicide, he decided to finally put it out earlier this year amidst the prominence of global violence and especially having healed from that trauma. Speaking of the motivation for writing the song, Tsantilis states, “A lot of songs are about breakups, makeups, dancing and everyone needs those, but we also have to make music that deals with tough topics, adding, “I hope it helps my bandmates, and I hope it helps anyone whose life has been impacted by gun violence.”

“Shiny Gun” contains a pop-based foundation, with secondary elements of hip hop and rock enhancing the general presentation. The nostalgic synth accompaniment plays as if part of an escape to fantasy, whereas the contrast of sparse guitar jolts alludes to the bleak reality of the situation. For a song written in 2002, the approach to both the stylistic arrangement and lyrics is refreshing, considering the prominence of throwback styles in modern music, as well as the prominence of destigmatizing struggles with mental health today. The involvement of the song is rounded out by three guest spots, Pete Oh, Tony Hooks, and Ray58, each contributing pertinent lines to the song’s context. There’s clearly an important intention in the song’s release at this point in time, and hopefully, this will spark much-needed creativity for further NOSUGA material.

I come from a family who is passionate about all things music. I learned to sing at an early age, and by 13, had my very own Fender Strat guitar. I tried my hardest at learning all that I could. Because I was born with cerebral palsy, I had to teach myself an adaptive playing style. I learned to write and record my own music, despite these difficulties. In college, I started making great use of my writing abilities by reviewing music, as well as copy editing. I guess it's best to stick with what you know, while welcoming a fair challenge at the same time.
Previous Album Review: Mauri Dark “Dreams Of A Middle Aged Man”
Next Album Review: Brian Shapiro Band “All We Can See”

Post-hardcore/pop crossovers Life Right Now are coming in hot, following-up on the Billboard-charting success of their previous …