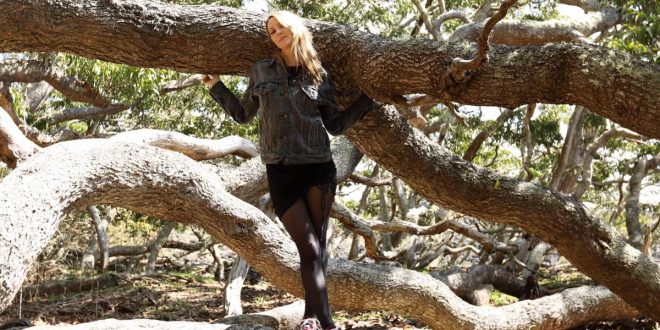 Against the enthralling backdrop of a boundless natural environment, Kailee Spark is getting back to the basics of her songcraft in the new music video for her single “Passageways,” released just last week, and sounding like one of the more adept singer/songwriters in her class in the process. Experimenting with folk-rock accents and a psychedelic whim that would’ve gone overused under the command of most any of her peers these days sets up the premise for the aesthetics here, but without her voice at the center of the storm, I don’t think “Passageways” would feel nearly as profound as it does in this case.

The instruments form a loosely-bonded harmony around the lyrics that doesn’t hold nearly as much artistic weight as Spark’s singing does, but it seems we were never supposed to get lost in their spacy qualities so much as we are the brooding vocal they help to showcase. Though there will probably be critics who question aloud whether or not this makes complete use of her talents, I think this cut and dry look helps us to better understand the kind of artist this young woman is trying to become – and more importantly, what kind of creative limits she’ll acknowledge (if any at all).

Spark’s singing is immensely powerful in “Passageways,” but it wouldn’t be right to cover the song without highlighting its Dylan-esque poeticisms, all of which feel like they’ve been sourced directly from the heart and soul of the songwriter. She’s being sensitive enough to indicate a lot of authenticity in the narrative, but never holding herself back from giving the kind of lights-out performance she can – be it a rather delicate one, of course. Supple and smooth as it is, this is clearly a composition that means something to her beyond its cosmetic value.

“Passageways” is unquestionably an incredible listen if you’re a fan of light indie-pop with a misty melodicism driving home its greatest moments, and I’ll be very curious to see where it takes this gifted voice next. Kailee Spark is a singer who doesn’t need to do much with her artistry to have a global appeal with listeners across generations, mostly thanks to her unique spin on retro pop harmonies like those of the climax here, and if she can keep up the pace she’s introduced to us with this track and its video, she’ll be raking in even more accolades as the year goes on.