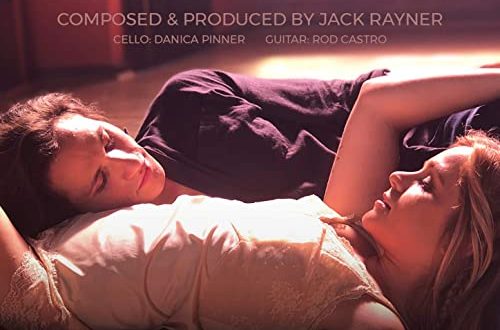 Jack Rayner is a musician in the truest sense of the word. When he plays, we’re listening to more than notes making merry with one another in an arranged display of melodic fireworks; we’re connecting with a soulfulness in his songcraft that is neither easily described nor simply appreciated. In his latest release, “Daydream,” he explores sonic depth more through his own compositional wits than he does the endless array of experiments one could undertake inside of a recording studio, and for my money, what he ultimately produces is as organic in nature as it is lust-worthy for music aficionados.

Balance, as it would be considered in an artistic narrative, is only utilized by Mr. Rayner when it’s necessary to advance an emotion in his music, and this is certainly true of “Daydream.” There’s no percussive point set out the even the score with the brash output of the piano, and although there are many melodic points of interest in the fold, they’re never so bright nor so indulgent as to take away from the understated – but highly present – ominousness in the arrangement. If this was meant to be a masterclass on appropriating emotion through instrumental music, this artist is as good a teacher as we could ever ask for.

The lo-fi tones mixed into the backend of this single are used to make the more sophisticated elements in “Daydream” a bit more accessible to the average listener, as opposed to merely sounding cosmopolitan for the sake of being edgy. In this regard, I think it’s worth saying that Jack Rayner’s sound is cerebral in every way here, challenging us to keep up with its foundational whimsy while still keeping us on a path of consistency as we take in the song’s music video (or the feature film it soundtracks).

If this is just a snapshot of who Jack Rayner is as an artist, you’d better believe you’re going to be seeing and hearing a lot more of his work as the 2020s press on. His aesthetics are very welcoming but complex enough to keep even the more discriminatory critics among us interested from one moment to the next, and while he’s not alone in the pool of talent listeners need to be keeping tabs on in 2021, I do think that he’s got the sort of one of a kind sound so many of his peers could only wish they had for themselves.