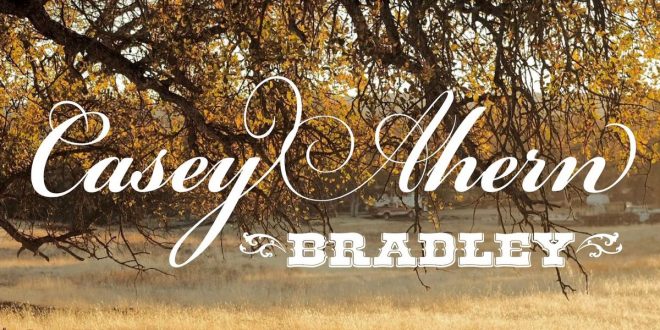 Soft and approachable but not without an authentically emotional tale to be told, Casey Ahern’s “Bradley” lives in two worlds at once. On the one hand, it’s a country ballad, slow and simple whether we’re moving a million miles an hour or standing perfectly still, intent on pushing us in the direction of fleeting, unforgettable romance while still steering clear of the pain often waiting on the other side of a sensational love. On the other, it’s a pop-influenced celebration of confidence, purring with tonal charismas that are rarely included in anything so well-polished and stylish. The two halves combine to make a rousing identity track, and it’s one I don’t think I’m going be putting down anytime soon.

The colorful harmony in the hook’s release is really beautiful, and it wouldn’t have been quite as angelic as it is in this scenario were there any other singer at the helm of its design besides Casey Ahern. She’s both clandestine and forceful when it counts here, and instead of having to put on a juggling act with her verses, the words seem to have been constructed around the sway of the instruments rather than the other way around. “Bradley” sees her leaving the status quo in her dust, and all for our benefit.

If you’re a little picky about the country music that makes it onto your stereo, Casey Ahern is a singer/songwriter you need to check out as soon as possible. In the last three years, her work has volleyed between indie pop and alternative country, always finding a perfect folky center between the two and leaving listeners wowed by her growing abilities. “Bradley” suggests that her campaign is anything but over, and from the looks of her ambitiousness here I think we’re going to be seeing and hearing a lot more of her charming work soon.