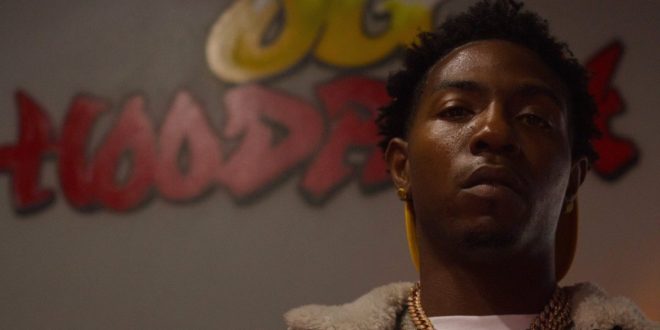 Unfolding like a collage of memories that are both impossible to bear and unlikely to ever be forgotten, the music video for Kam Dutchie’s “Pain” is initially hard to digest – but not because it isn’t presenting us with an introduction befitting of its emotional source material. Long before lyrics ever start to fill our speakers with a brooding binder between rapper and rhythm, “Pain” is already spellbinding us with the visual counterpart to its soundtrack, and what it will soon embrace as a complete piece might take a lot of newcomers to Kam Dutchie by surprise this March.

When the beat kicks in, there’s a startling amount of swing to behold in “Pain,” reminiscent of an early 2010s crossover sound that some might be so bold as to call a throwback in 2021. This is where the retro energy essentially ends, mind you, but that doesn’t stop my man from laying into the groove with as much enthusiasm as you would have slamming your fists against the steering wheel whilst listing to your favorite song on the radio. The passion in this release is just so raw and unforced, making us feel as though Dutchie is on the same level as us no matter how brutal a statement he’s putting out behind the mic.

Despite there being little to no indulgence coming off of this bassline, the rhythm in “Pain” keeps swaying and maintaining a certain heaviness capable of boosting Dutchie’s lyrics just enough to make them aggressive when it matters. It’s nice to hear a rapper who isn’t ignorant of the subtle intricacies required in making a hook sting exceptionally hard, particularly in a lyrically majestic piece like this one that really needs to hit home even at a quieter volume, and this could be one of the main reasons this single sounds so original this season.

Hip-hop buffs with a taste for crossover jams that still pack a serious punch will likely find Kam Dutchie’s “Pain” to be a very curious listen indeed, and not just because of the flawless way it marries old school concepts with a very new school performance. There’s a lot of experimentation at work beneath the surface in this track, as well as its tasteful music video, and I hope it finds its way into the material Dutchie releases down the line. He’s very determined, and I like where he’s headed with his sound.