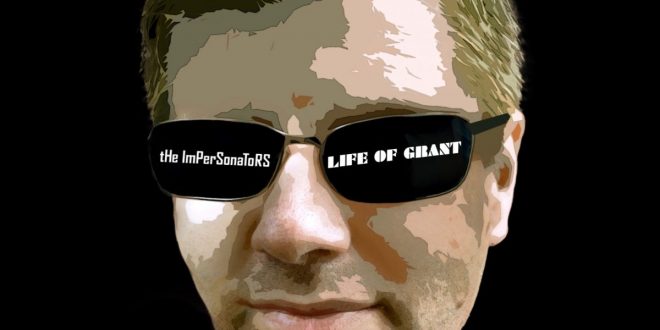 From a duo born out of sheer luck at a dark time in Tom Tikka’s life, things could not look sunnier. Tom Tikka and Antti Autio’s unlikely partnership, popularly known as The Impersonators, has welcomed 2021 with their debut full album release, Life of Grant.

The Impersonators was a duo formed back in 2017 after the breakup of Tikka’s former band, Carmen Gray, one of Finland’s finest bands. It was hard for Tikka to move past it after losing the support of Sony/BMG following the internal wrangles that caused the breakup of Carmen Gray. It is during this period that he got together with his college friend Antti to create a monumental piece that became the foundation of their partnership. The duo, which masquerades as an entire band, has since released over 2 EPs and seven singles.

In 2020, the band picked up the pace with a single release, “Rodeo”, that topped the iTunes international pop charts at #1, and they are back with a full album that showcases their growth as individuals and as a band.

The Impersonators are storytellers, and like most of their music, Life of Grant also tells the story of a man named Grant, a character loosely based on Tom Tikka’s dad and godfather. The album explores the scars these two men carried from war and how it affected various aspects of their lives, such as interpersonal relationships and work life.

The 11-track album features various songs, including the chart-topping single “Rodeo”, which is the opening track of the album, and several other singles that the duo has released in the past few years, such as “Circus” and “Sad Café”. The album also features some fresh music such as “Scarlet Hell” and “When You Are Young”, an evocative and emotionally warm song that highlights the depth of their repertoire. Throughout the album, you get to experience their style of poignant lyricism and vocal harmonies that all contribute to their unique brand of alt-rock music.