Home / Article / Is This The “Last Sunset” For Chart-Topping Roots Rocker John Vento? 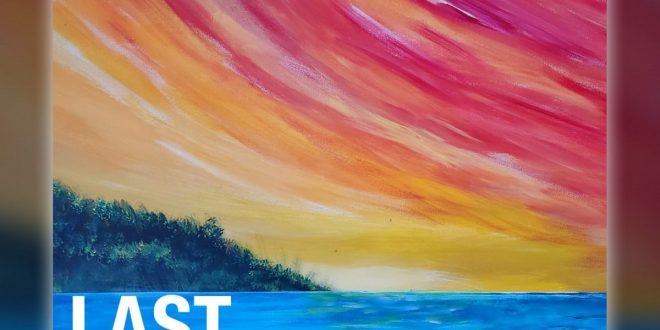 For the past several months, chart-topping singer-songwriter John Vento has been releasing tracks from his year-long opus, “Brick By Brick.” Releasing a follow-up up his #1 international iTunes single, “Not Your Kind Of Man” is no small feat. On March 1st, Vento will do just that, releasing “Last Sunset,” (MTS Records) with lyrics written by best-selling artist, author, poet, comedian and script writer, Matt Wohlfarth.

Over the past year John Vento has developed a creative friendship with Wohlfarth. Matt is a prolific writer who would share ideas with John on a regular basis. One of Matt’s poems, titled “Last Sunset” sparked the creation of this recording. As Matt says, “The inspiration for ‘Last Sunset’ came on a late summer visit to the Jersey shore. Walking the empty boardwalk reminded me of summer romances that had to end as lovers returned to their real lives.”

John Vento presented the lyrics to guitarists David Granati and Bob Zigerelli, who jumped on the vibe and created a beautiful chord progression and textured guitar parts.

Vento explains, “The first day of recording the demo for this track was 10/6/20. That day is important because that is when we lost Eddie Van Halen. What does that have to do with recording a song in Pittsburgh you may ask ? Well it turns out that David Granati and his brothers toured with Van Halen twice in the early eighties and remained friends to this day. David is convinced that Eddie’s spirit guided him through the creation of this guitar track. In fact the first demo guitar parts were never altered, and it is the performance from David and Bob that you hear on the mastered recording.”

He continues, “My original concept for the song was to use guitars and voice only, but things progressed with piano and string parts added. Then at the very last minute the great saxophonist Kenny Blake was brought in to replace what was a guitar solo section with soprano sax.”

Cherylann Hawk also lent her voice to the project, which was produced by David Granati, Bob Zigerelli, and John Vento.

Music industry veteran and videographer Jim Pitulski was brought in to create the music video.
https://youtu.be/jsafikoOK9A

ABOUT JOHN VENTO: In addition to his solo career, John Vento fronts The Nied’s Hotel Band, voted Pittsburgh’s Best Bar Band in 2016. Through his performances, he has raised more than a quarter of a million dollars for charity. John is a Communitas Award Winner for his work as co-founder of Band Together Pittsburgh. His leadership, generosity and work ethic are well known throughout the Pittsburgh music scene. John is a #1 international iTunes charting artist, a Billboard Magazine Emerging Artist and a 2019 International Music and Entertainment Association Award Winner. He has appeared on Fox, ABC, CBS, and NBC TV.