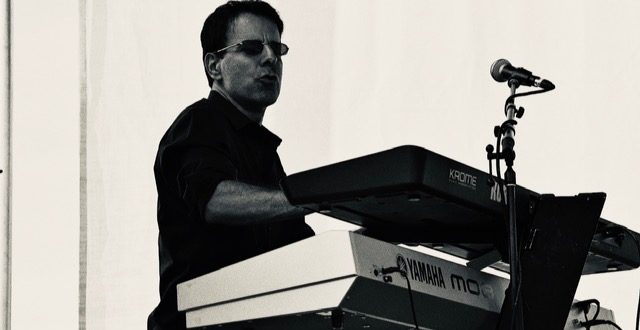 Doug Kistner has released “Only Road I Know” and “Since We Left Our Dreams.” Doug currently performs with members of Billy Joel’s longtime backing band.

Doug Kistner is a renowned touring keyboard player and vocalist from Verona, NJ. Doug has performed with some of the biggest names in music, including Trans-Siberian Orchestra, John Waite, Blood Sweat and Tears, and Chicago’s Danny Seraphine. While Kistner is well-known among music’s elite as a go-to player, as a solo recording artist, he remains under the radar to the general public.

In 2021, Doug Kistner took the leap from sideman to centerstage, releasing two singles, “Only Road I Know” and “Since We Left Our Dreams.” While Kistner sings and plays keys and guitar on the tracks, the recording lineup was rounded out by Mike Todd (bass) and Dave Anthony (Dennis DeYoung, John Waite) on drums. Ex-Billy Joel sax man, Richie Cannata came in to lay a trademark sax solo on “Only Road.”

“With the cancelling of gigs in 2020, and after the panic of (the pandemic), I started to come up with song ideas,” Kistner says. “With so much time on my hands I walked everyday. I wrote the lyrics (to ‘Only Road I Know’) on these walks. I knew I had a good chorus melodically, so I just needed to create a verse and bridge around it. This tune was recorded to the conga and shaker loop. I asked Richie Cannata, the famed sax player on so many Billy Joel classics, if he would play a solo. He played a great solo, and he added a Steely Dan-style horn line on the outro; it worked perfectly.”

Watch the video for “Only Road I Know” https://www.youtube.com/watch?v=MOF1seoHaHc

Watch the video for “Since We Left Our Dreams” https://www.youtube.com/watch?v=eP_kxxjU7OY

Previous Is This The “Last Sunset” For Chart-Topping Roots Rocker John Vento?
Next A CRIME CALLED Release Official Music Video for “Drown”