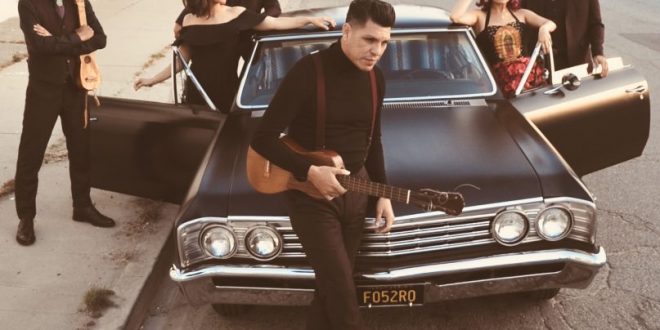 Blending cultures and genres, the performance of ‘Georgia on My Mind’ by LA band Las Cafeteras is a joyous way to unite people and get voters dancing all the way to the polls in Georgia.

Early voting in the US Senate Runoff elections in Georgia started December 14, and the band hopes this song will be an electoral anthem for Solidarity among Black and Brown communities.

Joining in support of this song is New Georgia Project and Poder Latinx, both of whom are focusing attention on young voters of color in the state.

The song itself is another collaborative mash-up of genres, featuring artist QVLN and Sergio Mendoza utilizing Afro-Colombia rhythms of Cumbia, Electronica, and elements of Trap music, which was born in Atlanta, Georgia. Aside from the classic chorus in English, there are new lyrics which speak to a sense of determination and empowerment to its listeners via Spanish language rap.

The song speaks to the changing demographics in Georgia. Over the last 10 years, the South has been home to the fastest growing Latinx population in the country, which includes Georgia. The new cumbia rendition of “Georgia on My Mind” speaks to the nostalgia of Latin America to new immigrants, but also calls to the the 1st and 2nd generation Latinx youth who call Georgia home.
“There’s so much at stake, we wanted to demonstrate solidarity to our brothers and sisters in Georgia” said Hector Flores, of Las Cafeteras. “We are delighted to support this song. We know that young people of color can really impact the outcome of this runoff election, so original approaches like this are welcome, and fun” said Nse Ufot, Executive Director of New Georgia Project. “We are excited to partner again with Las Cafeteras, Black and Brown people in Georgia have the power to determine our nation’s future by ensuring we have a Senate that moves forward the issues that matter to us,” said Yadira Sanchez, co-executive director of Poder Latinx.
The effort was organized by Big Bowl of Ideas, a black-owned creative agency that works in culture for social change. “We knew this would be a hot idea. The band, the organizations involved, it’s a great fusion of common values and culture,” said their Principal, Wyatt Closs.

Stephen Vicino is the founder of MusicExistence.com. He created this site to give talented musicians a voice and a way to be discovered.
@@svicino
Previous Trappy Christmas
Next Responding To Trauma: Alternative Indie Artist Realma Releases Debut Single