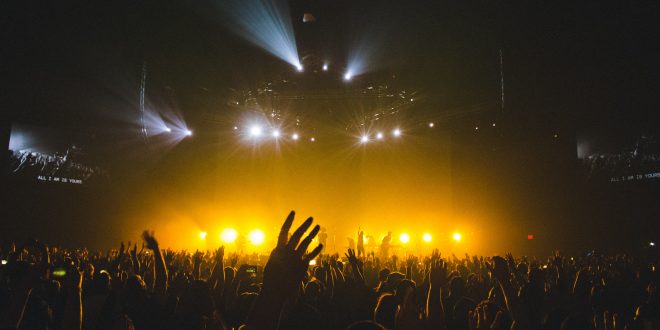 The Hottest Music Genres of 2022

Pop music never fails to come in as the leading genre with its addictive hooks and singalong choruses. Social media currently plays an important role in helping new music rise to the top, with the likes of Olivia Rodrigo, known for 2021 hit songs “Drivers License” and “Good 4 U,” soaring to fame when her music went viral on TikTok. In 2022, Gayle’s irresistibly catchy hit “abcdefu” has blown up with the help of social media and it looks set to be one of the year’s most popular tracks.

Charlie Puth is another pop star who used social media to grow his fanbase and he is one of 2022’s biggest artists thanks to his immensely popular January release “Light Switch.” Other major pop players in 2022 include Harry Styles, who recently released hit single “As It Was;” Dua Lipa, who has made waves with her recent live tour; and Lizzo, who made a dramatic comeback to the scene with her latest single “About Damn Time.”

Last year we saw new and long-awaited albums from two of hip-hop’s biggest names, Drake (Certified Lover Boy) and Kanye West (Donda). 2022 looks set to be another exciting year for hip-hop fans as some major rappers are rumored to be releasing new albums. Kendrick Lamar recently dropped a new single called “The Heart Part 5” and it looks like a new album might be just around the corner. Although there are many types of music to listen to this year, hip-hop is a very popular one to listen to.

Megan Thee Stallion, one of the biggest and most influential female rappers on the scene and known for hits ‘Savage’ and ‘Body’, is expected to release a new LP in the summer of 2022. We may also see a new album from Cardi B this year who, after racking up hits like ‘Bodak Yellow’, ‘I Like It’ and ‘WAP’ throughout her career, was fairly quiet on the music scene in 2021. As for what’s trending right now, check out ‘First Class’ by Jack Harlow, ‘Freaky Deaky’ by Tyga Ft. Doja Cat, and ‘London’ by Bia ft. J. Cole. In 2022, there are a wide range of new vinyl records available for music lovers to buy. If you’re a fan of hip hop music, you might also want to check out some of the best hip hop vinyl records that you can add to your collection.

Over recent years K-Pop is one of the most famous types of music that has taken the world by storm and its popularity does not look set to diminish in 2022. For music lovers looking to try out new sounds, there are many interesting things to learn about the history of K-Pop. The origins of modern K-Pop date back to 1987 and, since then, many K-Pop groups have found worldwide success. With its fun, upbeat energy and catchy melodies, K-Pop is one of the types of music you turn to when you want to dance. A big appeal of the genre is the overall production value that artists offer in their music videos and live performances. You can expect to see slick choreography, exuberant fashion sense and charming personalities from K-Pop stars.

BTS is currently 2022’s most popular K-Pop boy band having won four categories at the 2021 Billboard Music Awards and been nominated in several categories this year. Their top songs include ‘Butter’, ‘Boy With Luv’ and ‘Dynamite’. One of the leading K-pop girl bands is Blackpink, known for top tracks ‘DDU-DU DDU-DU’, ‘Kill This Love’ and ‘How You Like That’. The latest popular 2022 K-Pop releases to look out for include ‘Love in Bloom’ by ILY:1, ‘That That’ by PSY and ‘MAISON’ by Dreamcatcher.

Lo-fi, an abbreviation of low-fidelity, is an immensely popular genre in 2022 as music lovers yearn for a level of authenticity that is in contrast to the highly polished hits of mainstream music. Lo-fi music is typically recorded with inexpensive kit and is rife with imperfections that give it a laid back ambience and relaxing charm. Websites like Soundcloud and YouTube have allowed the lo-fi genre to boom in recent years by giving amateur music producers platforms to share their peaceful, soulful and perfectly imperfect tracks.

Some leading lo-fi artists include owhl, known for ‘sunflower’ and ‘otherside’; LAV8, known for lo-fi covers of popular songs such as Childish Gambino’s ‘Redbone’ and Otis Redding’s (Sittin’ On) the Dock of the Bay’; and Oatmello, who recently released two peaceful new tracks called ‘I am Loving’ and ‘Cantaloupe Island’.