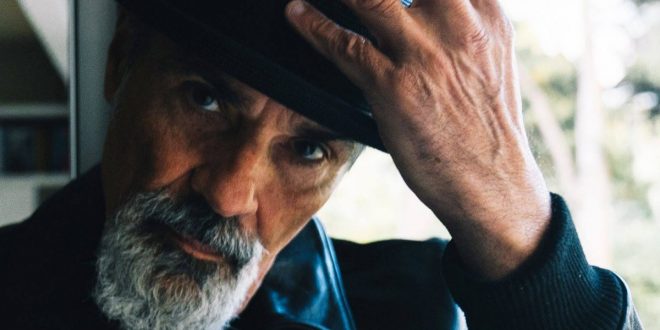 American singer/songwriters have had a busy year in 2020 to put it mildly. Instead of continuing to follow the creative trajectory of an increasingly introspective (and aging) hipster generation of players, this new era in the genre and its brightest artists has ushered forth a more politically-conscious style that has enveloped the likes of Bruce Sudano and produced an amazingly focused new single in “American Sunset” this autumn. Sudano is turning his gaze to the world around him here, and delivering what could be one of his best singles to arrive on record store shelves since finding a home in the underground hierarchy some years ago.

There’s a very emotional feel to this song and its music video that is obvious right from the moment we press the play button forward, and I never get the impression that our singer is somehow trying to rip subject matter from the headlines simply to connect with an angst-ridden audience. There’s too much at stake in America right now for a player like Sudano to be unaffected by everything going on, and in his words and the music behind them in “American Sunset,” we get the full-scope of his passion without anything ever feeling overstated in the big picture.

The master mix is terrifically tight and doesn’t allow for any negative white noise – or even the appearance of some light reverb – to get between the artist and his audience. It’s as intimate in tone as what I would expect to get out of a Bruce Sudano concert, and while this isn’t something I’m going to be able to see anytime soon (or at least before the year is over), there’s enough of a fireworks show here for me to know that once he does return to the stage, it’s going to have been well worth the wait.

Sudano’s lyrics in “American Sunset” are intertwined with the instrumentation as to allow for nothing to come apart as we move from one verse to the next here, reinforcing the mood behind the narrative and making the imagery in the music video feel like more than just some simple visuals on a screen. It could be said that this kind of approach is a bit progressive for what most in the folk-rock community are doing at the moment, but there’s nothing in this release to indicate its creator wanting to be included with a trend. He’s aligned with a burgeoning new gen, but not following the beat of their drum by any means.

It’s never the wrong time to produce a single about doing and saying the right things that need to be said as Bruce Sudano has in his new cut “American Sunset,” and I actually think this track could do a lot to elevate his status both within his scene and the American indie underground he has been trying to conquer for a number of years now. This is as crucial a moment as there’s ever been in our collective history to speak out, and I like the method he’s chosen to employ in doing so.