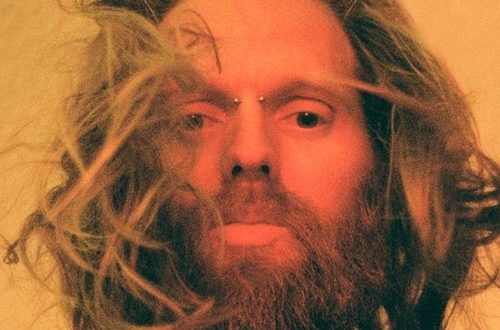 In his new album Undeaf, Hēran Soun unravels a tangled depth of emotion years in the making. His unique perspective and interpretations of sound is often askew to what we normally term a pop sound. He bends sounds, he manipulates them to something beyond ambient ribbons. The risks he takes and the mountains and valleys he reaches with his vocal prowess makes for a one-of-a-kind listening experience. Undeaf is a remarkable feat.

Hēran Soun, whose real name is James Freeman-Turner, became enthralled (maybe obsessed is the better term) with music even though he was born with hearing loss. After years of surgeries and speech therapy, he’s been able to create momentous songs. He’s also incredibly lucky – his press materials note that he was literally given the keys to a recording studio owned by Roy Lichtenstein’s (artist) son. Freeman-Turner lived in an RV in the parking lot of the studio in Oakland, Calif., having free reign of the studio in the evening to wee hours. The ghosts of studio, combined with Hēran Soun’s idiosyncratic sonic bleeds, is 11 tracks of interwoven spectacles. Hēran Soun doesn’t just sing these songs, and create these tunes – they are a part of him and vice versa.

The first three songs, “I Offer”, “A Picture Of A Woman” and “The Same Battles (So Close)” blow in the wind just like the damn plastic bag in American Beauty. You can’t take your eyes and ears away; Hēran Soun’s baritone voice peculiarly hits higher notes in many of his storylines. As the songs fall like ticker tape, so do the emotions. “Bad & Worse” is a bundled mass of air and water colliding.

“A Lover Waits”, “When You Wanted” and “In My Mouth” are odd pairings. You never know what sound or vocal delivery Hēran Soun is going to lay. The anticipation is part of the fun and a key ingredient to experiencing his music. He creates canvasses, especially in “In My Mouth” that adhere to no modern rules and affixes electronica with beautiful classic sounds. Sometimes the sounds are from his mouth, others from the creative instrumentation.

The last four tracks, “Let Me Go”, “Back Words”, “Barricade” and “Who Are You” continue with Hēran Soun’s epic, Grand Canyon-like pallet. In “Barricade” at times he sounded like Paul McCartney to me, but that quickly moved to Thom Yorke. No one can bare…barricade, he sings. The stirring violins and twinkling cymbals invade the song, and merrily it moves along in its dissonance.

Overall, Undeaf marinates. It has to sit in its juices before it really strikes the most, and I say this lovingly, bizarre arrow into your listening heart. It can be trippy at times, and it feels like you’re out of your body listening to sounds you’ve never heard for the first time. At the end of the day, Hēran Soun connects with his listener on a level that hasn’t been experienced. In my case, these songs gave me comfort, stretched my imagination, brought tears to my eyes and even whisked me away into the night – there are no limits.