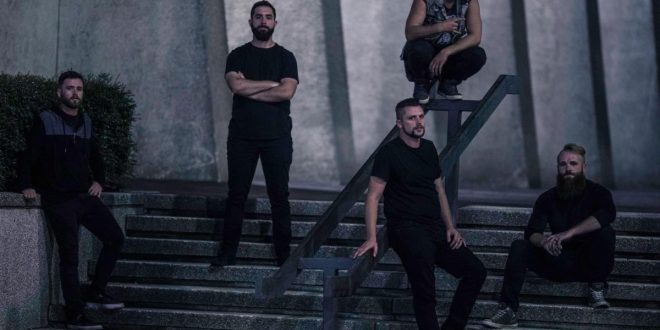 7 Stone Riot have just unleashed their newest single, ‘Manipulation’, a modern rock track with heavy riffs, a catchy chorus, a killer groove, and production reminiscent of the best of Tool. The song, produced by Ken Lanyon (Shinedown, Needtobreathe, Crossfade) is about coming to terms with out the outside forces that mold a person’s beliefs. “The main point we’re trying to make with our new single is every single person living is manipulated by something whether they want to believe it or not.” explains the band, “I am the way I am because I was manipulated to believe the things I believe and if you lived my life with the same manipulations you would have the same beliefs. Just like I would have totally different beliefs if I was manipulated like someone else.”

7 Stone Riot has also released a music video to accompany the single. The video sees the band performances inner-cut with a story-line involving masked figures hovering around the central character, a beautiful blindfolded woman. “Our main goal with this video was for it to be super dark with sort of a phantom of the opera feel to it. We also wanted it to make the viewer feel a little confused which is why you’ll see a lot of double vision and blurs throughout the video.”says the band. This was the first video we’ve done where we’ve had a story to it so it was really cool putting that together.”

The vision of the video was to show the manifestation of manipulation. “The way I interpret the story we told is we all dance around blindly with our main manipulator. When the manipulator takes your blind fold off they only allow you to see what they want you to see. That usually causes a lot of confusion and makes things seem super chaotic. When it’s time for them to start manipulating again the blindfold goes back on and your back in the chair waiting on the dance to start all over.”

The band also got a chance to show off their acting chops with the video. “We all played a part in the acting- Whit played the plague doctor and everyone else in the band were the ‘demons.'”

7 STONE RIOT is a hard rock band from Birmingham, AL. Members include Reid Aldridge (Lead Guitar) and brothers, Whit (Vocals), Tyler (Bass), Todd Millsap (Guitar), and Skylar McCain (Drums). Since 2016, 7SR has recorded a 5 track EP titled “Scratching The Surface,” and are set to release a new song “Manipulation” in October 2020. The EP and new single were tracked, mixed and mastered by Ken Lanyon. 7SR’s sound has been compared to the likes of Shinedown, Tool, and Sevendust. They have been seen LIVE with bands such as, Lamb of God, Upon A Burning Body, Butcher Babies, Hinder, Saving Abel, Puddle Of Mudd, Tantric, Nonpoint, Fozzy, Adelitas Way, & Like A Storm to name a few. Be sure to catch 7SR’s loud, powerful performance in a city near you!