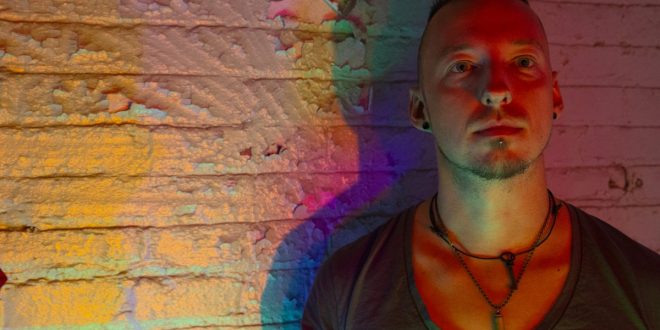 Cleveland based singer songwriter Michael McFarland has released the lead single off of his upcoming album Through This Fire, due out October 23rd. The single, ‘More Than You Believe You Are’  features an uplifting message over a blues-tinged indie rock arrangement. “I’ve found that the songs that seem to resonate most with listeners are those with a message that I myself needed to hear,” says McFarland, “I was chatting about that with my partner, and she asked me what I wished someone would tell me at that moment. That’s where the song title came from, and from there the song just poured out.”

McFarland decided to release the song as a single while finishing up Through This Fire. “When I started playing the song at concerts, I knew from how people reacted that I had something special in this track.”

Along with the single, McFarland released a music video for ‘More Than You Believe You Are’, filmed at Cleveland’s Edgewater Park and in the Gordon Square neighborhood. The music video features former American Idol finalist Jaered Andrews in a starring role. McFarland is currently producing Andrews’ new EP, “Epoch”, which is slated to be released later in 2020.

More Than You Believe You Are was recorded at Spontaneously Combustible Studio in Cleveland, Ohio. McFarland co-produced the track along with drummer Eric Bertagnolli of Eric Bert Audio, who mixed and mastered the song. The music video, which you can check out below, was shot by local photographer Arron Bound, AKA No.Numbers, with production coordination by Amanda Nyx.

McFarland will follow up ‘More Than You Believe You Are’ with a second single, ‘The New Contagion’ on October 9th, before dropping the full album, Through This Fire, on October 23rd.

Crafted in the crucible of a global pandemic, McFarland’s Through This Fire captures the resilience of the creative spirit. With lyrics that embody the desire to not only push forward despite crushing adversity, but also to bend that adversity to one’s will for self-improvement and personal progress, the songs speak to the universal struggle to find hope in a frightening world.  Musically, Through This Fire challenges McFarland’s previous compositional style as he melds new influences and approaches, seamlessly integrating them into his ever-evolving sound. McFarland guides us through the flames, to come out the other side reborn far stronger than we entered.

Aggressively catchy melodies pair with soul-filled lyrics in musical architect Michael McFarland’s refreshing take on indie rock. Garnering comparisons ranging from modern rock acts such as Weezer and Bastille to classic singer-songwriters such as Paul Simon and Elton John, McFarland’s songwriting is frank, expressive, and clever. Performing live-looping acrobatics as a one-man rock show, or backed by his four-piece band The Mess Makers, the Cleveland, Ohio-based performer elevates the material on stage with a seemingly inexhaustible energy. Showing a maturity of style and sound that has developed through years of travel, relationships, heartbreaks, and reinventions, McFarland’s music contains talent, passion, and lyrics that come from the heart. The result? A big, bright, and lovestruck slice of anthemic indie rock.