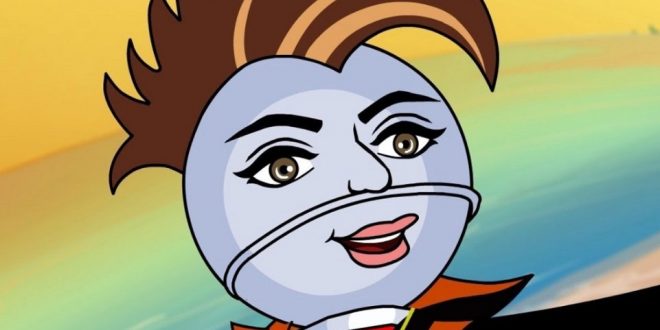 In an age where genre labels are becoming increasingly obsolete, the artist known only as A-Lister is going out of his way to pull out the stops in his new single “Groove-A” and set an even bolder standard for his contemporaries in the underground and mainstream. In the video for “Groove-A” as well as the song on its own, grooves are the lubricant for which a sultry melody will catapult us from one world into the next, leaving most of our cares behind in the process. There’s an easygoingness to the harmonies in this track that is definitely no joke, and oddly enough, it’s presented with a mild sense of urgency around every bend in the verses.

The rhythm in this song has so much spunk, and I would even go as far as to say that “Groove-A” is probably the most beat-centric piece of material to have joined A-Lister’s discography thus far. He’s been steadily cultivating a style all his own in the last three years, and while he’s yet to stick his moniker on a full-length LP, I think it’s obvious just in the ambitiousness of the framework here that he’s ready to move on to the next level. The skillset is there – the attention to detail in the master mix of “Groove-A” alone proves that – and now it’s just a matter of getting it done in the studio.

If you’re a fan of pop music that doesn’t play by the rules, you need to make a point of listening to what A-Lister has been producing since his debut “Invincible Days” was dropped back in 2017. “Groove-A” feels like his most well-rounded piece of material to see widespread release so far, and if its hybrid dynamic is something that can be repurposed in the future, I think it could be the first of many crossover jams from his camp to gain the attention of critics like myself.