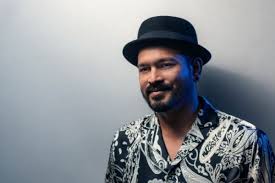 For an instrumental to really speak to its audience, it more or less has to embody the emotions that would typically be conveyed unto us through lyricism – often times exclusively – and that’s precisely what makes “Aether” from collaborators Faizan and Amadeus such a compelling listen this September. Defined by its vivid strings and textured beat, which in itself contributes to the melodic faceting of the track quite brilliantly, this single-video combo is perhaps the most intriguing song of its kind to hit record store shelves this late summer season, and not on the strength of its post-genre aesthetics alone.

The violin is a physicality-steeped adornment in “Aether,” but make no mistakes about this track – it’s very much a statement of equilibrium on the part of its composers. No one specific element in the mix steals the thunder here, and although there’s a case to be made that the keys and strings go back and forth in their duel for the lion’s share of our affections, I would argue they work together in creating a vibe of catharsis more than they ever compete with one another. This piece is marked by wonderful fluidity, and that’s never produced amidst an overwhelming sonic backdrop dominated by a race into the ethers.

Designed for the music enthusiast but wholly accessible to most anyone with a taste for the erudite in songcraft, there’s no denying that “Aether” is one of the smarter tracks I’ve heard in the last couple of months and a genuine boon to the growing discography of Faizan and Amadeus the same. I’m impressed with the chemistry they’ve got in this all-new collaboration, and if it’s something they’re able to replicate in a future studio endeavor together, I’d really love to hear what they can do with additional content – and perhaps an entire LP.