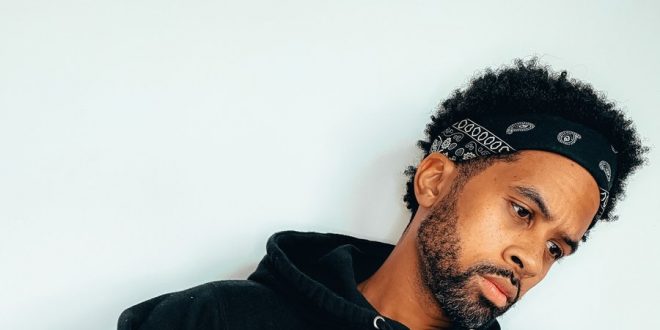 This is specifically for all my party people right now, the opening DJ’s voice commands on the new track “Rude Boy Summer”. Out now from Miami’s multi-instrumentalist and multi-talented, Casely, the song features Braveboy on vocals, too. It’s easy to immerse yourself in the island-like beats and cool breeze bumps, and even easier to be enamored by Casely’s toned melodies. A booming music bedrock and a chance to heat up the party, there’s no simmering when it comes to “Rude Boy Summer”.

Everybody in the place get crazy, Braveboy raps. Based in Trinidad, Braveboy’s presence is a nice yin-and–yang (or morning to evening) to Casely’s more melodic vocals. Braveboy’s voice id deeper and he really starts the song out in the perfect way. It’s no coincidence that he’s in Trinidad. Casely’s parents are from Trinidad and Panama. The smooth transition from Braveboy to Casely’s vocals is seamless. Casely, much like Jason Derulo or Prince, is channeling some vintage club bass lines in this track. The beats drop like water. Thump. Thump. Thump. Casely’s voice colors the scene with a sensual, but all are welcome dance. She’s so fine, lookin’ like my wife, we never late, we on time, he sings. I wanna see you all night, even if we only got till sunlight, Casely sings. The chorus, yo, it’s a hot boy summer, yo, it’s a rude boy summer, is a quick earworm, especially hovering over the pop-pop-pop rhythm. When Braveboy says the word ‘rude’ he says it in the island-voice and it just tickles the senses.

Casely and Braveboy also collaborated on the “Rude Boy Summer” music video. What an escape – between the flashy, fire-engine red car, to the bikini-clad women, these guys are living their best lives. Set in different countries – Braveboy is in Trinidad and Casely is singing and dancing from Miami. Beach settings, fast cars, women and plenty of blinding lights, “Rude Boy Summer” acknowledges the idea that DJ’s have been unable to perform for crowds during the pandemic. Not wanting to feel less connected, Casely hands over the camera and splices in several global DJ’s playing his music for the last few minutes of the video. Casely directed the video with Michael Mooleedhar.

“Rude Boy Summer” joins Casely’s already impressive discography. His other releases include “Never Alone”, “George”, “Time Flies”, “Nena”, “Midnight Featuring Pitbull”, “Do What You Want”, “Sweat Featuring Lil Jon Machel Montano” “Emotional (Remix) Featuring Flo Rida” and more. He’s a classically trained pianist and attended Boston’s Berklee School of Music on a full scholarship. What is for certain is that Casely’s sound pallet continues to evolve, but his talents are a solid foundation. His rhythm instincts in “Rude Boy Summer” is untouchable. He’s the guy that can make a throw-back beat sound completely modern and never-before-heard–of. He also allows the listener to feel like they aren’t listening to a computer – these beats sound organic and original. As a listener, I never felt like I was listening to something fabricated. I felt like I was experiencing an immersive connection.