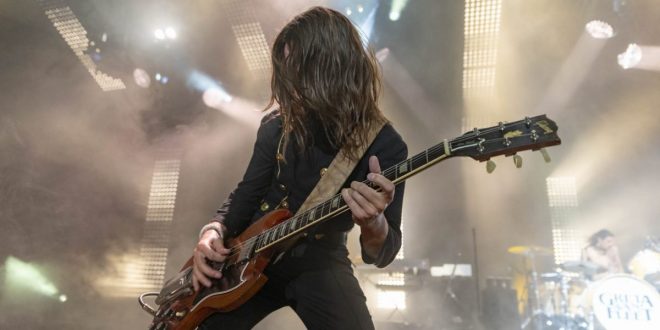 Michigan rockers Greta Van Fleet have released new footage from their two iconic Red Rocks shows last year. Greta Van Fleet – Live at the Red Rocks Amphitheatre: Act 1 is out today via YouTube and features the beginning of their September 24th, 2019 show in Morrison, Colorado at the legendary amphitheatre just west of Denver. The footage sees the Grammy Award winning band begin their set with “The Cold Wind,” and continue on to play “Safari Song” and “Black Smoke Rising.” Fans can only hope this will be the first in a series of releases that will eventually show the concert in its entirety.

With rumours about new Greta Van Fleet music being released in the coming weeks, fans (and critics) will be interested to see what the band has in store for their sophomore album release. Their debut album Anthem Of The Peaceful Army, was released in October of 2018 and saw the highest amount of physical sales during release week. The band spent the majority of 2019 on the road expanding their reach to audiences in Australia, Japan and South America.

Greta Van Fleet has now been added to the list of legendary performers at Red Rocks Amphitheatre which include the likes of Santana, U2 and this little band called The Beatles.