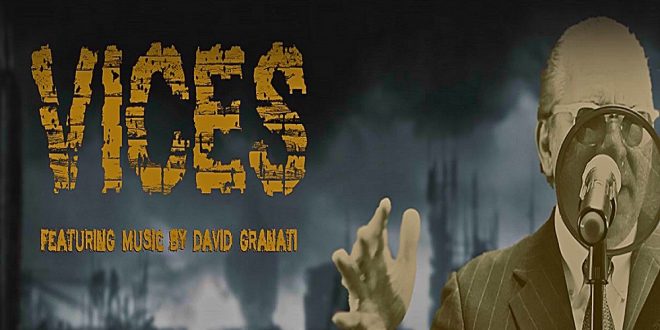 It started as a poem. Comic veteran and award-winning writer, Matt Wohlfarth wrote “Vices” as a poem to his kids, outlining the realities of life and the importance of choosing your own destiny. Enter chart-topping singer-songwriter John Vento…

“Matt asked me to record his poem ‘Vices,” Vento says. “I loved the piece so much, I brought it to David Granati to create a beat poetry performance, reminiscent of the late 1950’s.”

Granati, owner of Maplewood Studios and member of the Granati Brothers, wrote the music score heard behind Vento’s raspy read. He is credited as a Featured Artist on the single release (MTS Records, Release Date: September 21st, 2020.)

Videographer and music industry exec, Jim Pitulski entered the picture to create a unique visual experience to accompany the track. Jim says, “I wanted the video to reflect Matt Wohlfarth’s message which is quite serious, but present it in a fun and clever way. I’ve always enjoyed spoken word and was a fan of the “beat poets” like Burroughs and Kerouac, so I was intrigued when John Vento first approached me about the project. I liked the tone of the poem immediately – It was quite current and relevant in terms of the media onslaught that we currently get hit with everyday here in America. And then when I heard David Granati’s Musical interpretation – It immediately invoked images of a favorite film of mine called ‘Sin City’ which is a dark, cartoonish take on film-noir based on a graphic novel by Frank Miller. I also must admit borrowing just a bit from John Carpenter’s ‘They Live’ which was a tongue-in-cheek allegory of government control and consumerism. “

ABOUT MATT WOHLFARTH: In his 31-year stand-up comedy career, Matt Wohlfarth has appeared across the U.S. at such comedy clubs at the Improv, Funny Bone, Punchline, The Comedy Store, and The Laugh Factory. Matt was the winner at Taos Talking Pictures Film Festival for Best Screenplay. He has toured nationally with Yakov Smirnoff and performed with numerous other comedians, including John Stewart, Frank Caliendo, and Kevin James. As a writer, his work has been featured on The Tonight Show; in Reader’s Digest, the LA Times, Pittsburgh Post-Gazette and Forbes Magazine; and on Broadway, in the critically acclaimed show, As Long As We Both Shall Laugh which featured Smirnoff, Matt served as a Creative Consultant. Matt also produced and performed in the Midlife Crisis Comedy Tour that toured theaters in the United States and Canada. During the pandemic, Matt is finishing up his soon to be released book, Suicide Angel. Matt is a best-selling artist of box signs for Primitives by Kathy and an MVP artist for Frank and Funny greeting cards.

ABOUT JIM PITULSKI: Jim Pitulski is a 30-year veteran of the music and entertainment industry and has worked for companies such as MCA Records, Columbia Records/Sony Music and the Polygram Label Group. There he worked with artists such as Yes, Emerson, Lake and Palmer, Anthrax, Alice in Chains and Judas Priest. He ran his own successful record label called Inside Out Music America. He was also a personal manager and had his own company called Round Table Entertainment wherehe handled the careers of musical artists such as Dream Theater.

ABOUT JOHN VENTO: John Vento, a successful Pittsburgh businessman, returned to music to front The Nied’s Hotel Band, voted Pittsburgh’s Best Bar Band in 2016. Through his performances, he has raised more than a quarter of a million dollars for charity. His leadership, generosity and work ethic are well known throughout the Pittsburgh music scene. John loves to perform and wants to share that experience with those on the Autism spectrum. John is a #1 international iTunes charting artist, a Billboard Magazine Emerging Artist and a 2019 International Music and Entertainment Association Award Winner. He has appeared on Fox, ABC, CBS, and NBC TV. For more information, please visit http://www.johnvento.com. 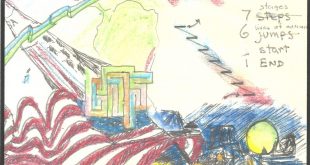