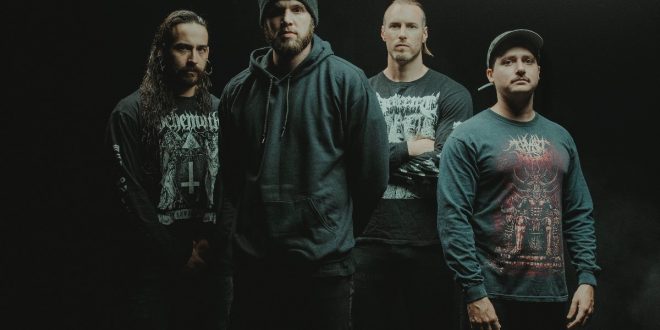 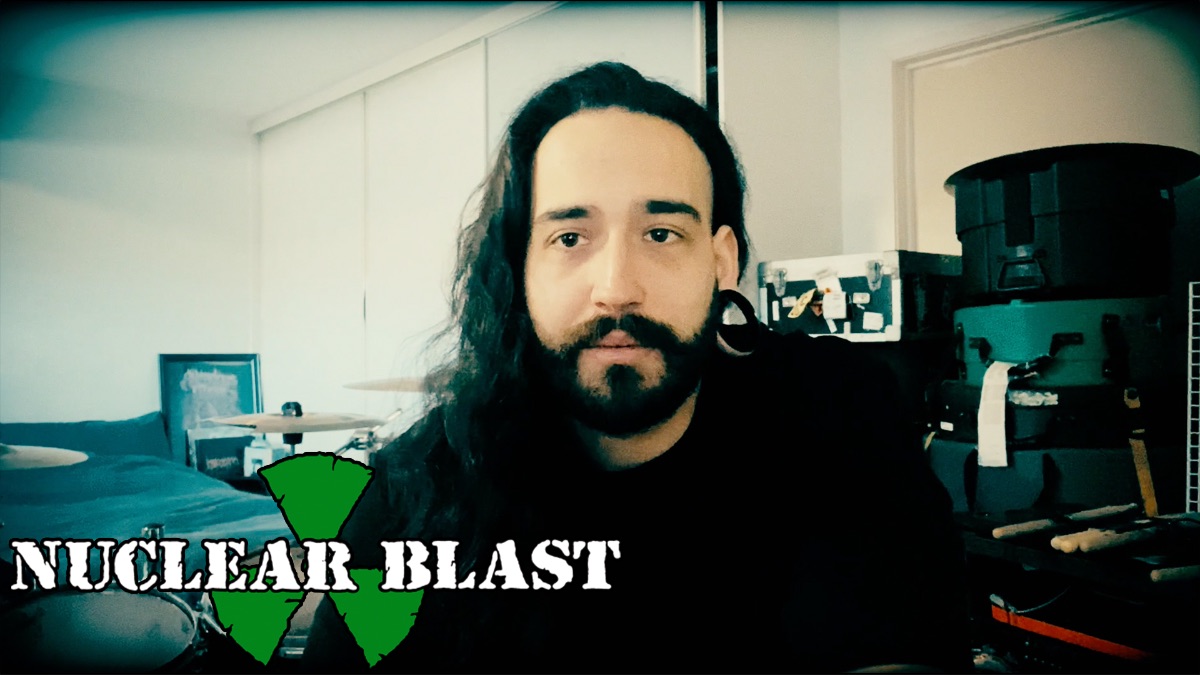 Australian metal destroyers AVERSIONS CROWN will release their fourth studio album, Hell Will Come For Us All on June 12th via Nuclear Blast. Today, the band discusses the ramifications of living during the Covid-19 Pandemic.

AVERSIONS CROWN drummer Jayden Mason comments, “It is a bit hard with no sort of timeline of what’s happening with life and music at the moment. It is very hard to just get up and constantly practice and stay motivated. So, if anyone is going through the harsh non-motivational stage; I feel it. It’s been hitting me pretty hard to stay motivated with playing. There’s nothing to actually work towards right now. I don’t have to prepare for a tour, I don’t have to push myself with the current situation. Everything being closed, your brain plays funny tricks on you. But obviously if you can push through that it makes things 10 times better.”

The band recently released the second single from their upcoming album, Hell Will Come For Us All, Watch the music video for “Born In The Gutter directed by Third Eye Visuals, here: https://bit.ly/BornInTheGutter

Vocalist Tyler Miller comments, “‘Born In The Gutter‘ is a heavy take on the great divide between the rich, the poor, and the ones felt uncared for. It ultimately represents the harsh reality that is the crude nature of the world and the people within it.”

Guitarist Mick Jeffrey states, “It’s one of the faster, more aggressive sounding songs on the album and we cannot wait to play it live.”

Hell Will Come For Us All was produced by the band while engineering was handled by Matt Shorter at Heliport Studios. The album was mixed and mastered by Will Putney at Graphic Nature Audio with additional mix engineering and vocal production by Steve Seid. Eliran Kantor was enlisted to help paint the story that would be echoed throughout the album.

Hell Will Come For Us All will be released on June 12, 2020 in the following formats:

Pre-order your copy of Hell Will Come For Us All  in the forms of your choice here: /www.nuclearblast.com/aversionscrown-hwcfua
Pre-save the album on Spotify, Apple Music and Deezer: https://nblast.de/AversionsHWCFUAPreSave 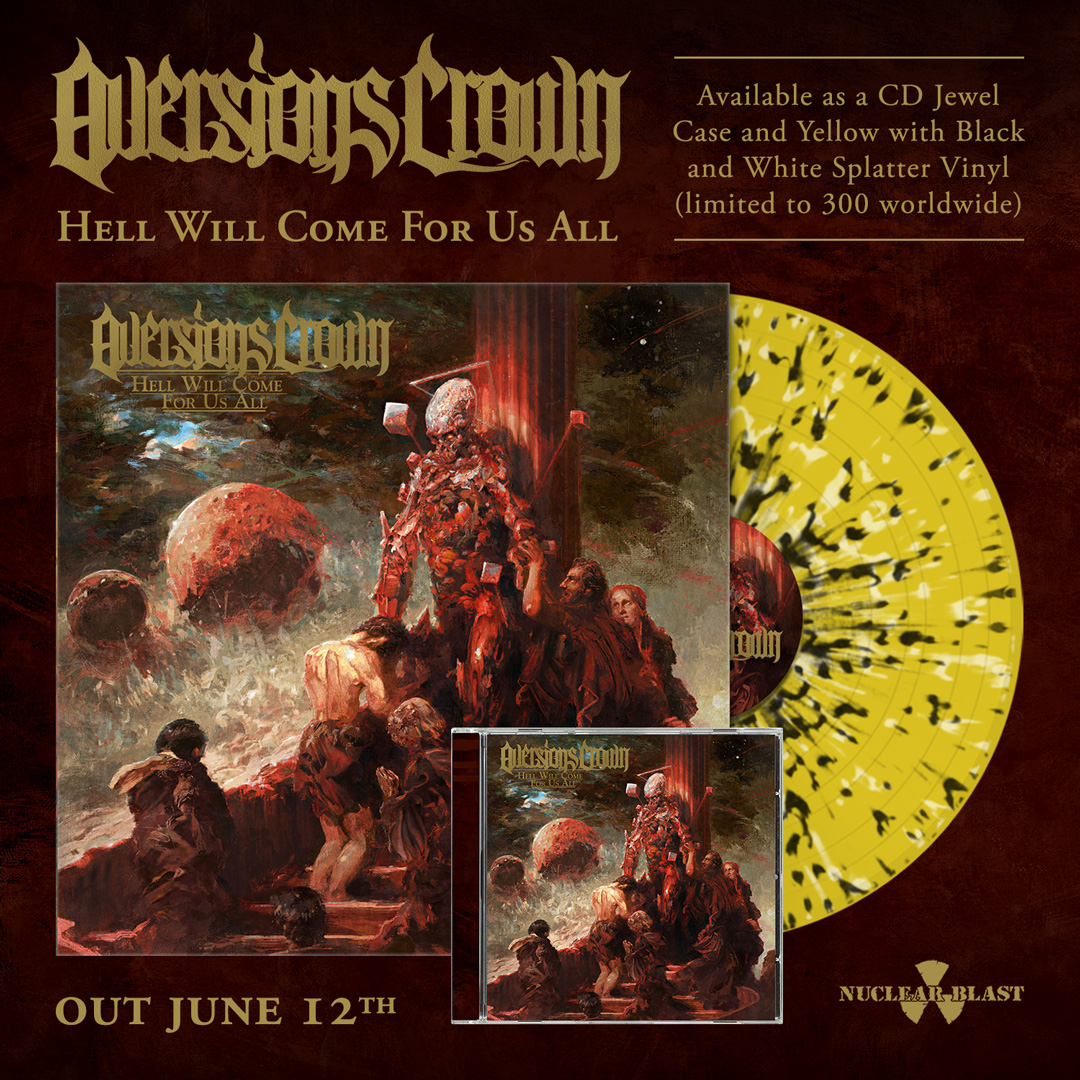 Below is the Hell Will Come For Us All track listing:

The particular sci-fi, melodic sound that erupts from Hell Will Come For Us All is of a high intensity, that still remains deeply captivating and listenable. The melodies, choruses, and atmospheric leads pull you in and quickly pummel you with crushing blast beats and maddening guitar work. AVERSIONS CROWN is setting the stage to conquer it’s busiest year yet.

NewYork Based Photographer. Music Enthusiast with a background in Graphic Design. Whether I'm shooting a live event or just out wondering the streets its about capturing the moment.
Previous Cellar Darling Partake In Stream-Only Summer Festival
Next Earth Rot Shares New Live Video for “Unraveling Vapour of Sanity”