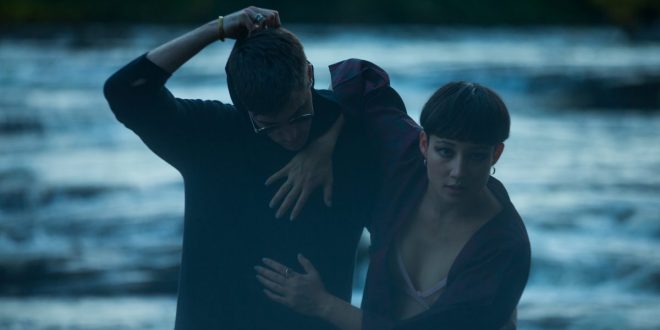 Indie-pop duo 2 Story Cabin’s latest single to hit the streaming platforms is “Always Better”, released on May 15 along with a new music video. It is their first single released before their second EP which is set to be out early this year, and this track definitely leaves you excited to hear more. The duo is made up of Italian-Vietnamese singer/songwriter Tempesta and Italian producer/guitarist mmmatic, and both talents fuse seamlessly is this single. The track begins with mmmatic’s soothing atmospheric production which is soon joined by Tempesta’s bright and dreamy vocals in a perfect blend of layered harmonies and electronic synths.

This track is accompanied by an equally introspective music video starring Tempesta and director Esther Elisha. 2 Story Cabin returned to their roots in the neighborhood of Villaggio Olimpico in Rome, where they filmed in black and white, adding even more depth to the song. Halfway through, the song cuts and Tempesta looks into the camera and says, “When I’m with her, I’m alone. But in a good way. The best way”, emphasizing the strength of human connection, even after parted ways and the inevitable passage of time.

Stephen Vicino is the founder of MusicExistence.com. He created this site to give talented musicians a voice and a way to be discovered.
@@svicino
Previous Single Review: LightBody Sound – “What About Love”
Next Single Review: Whitebeard “Dream of Me”