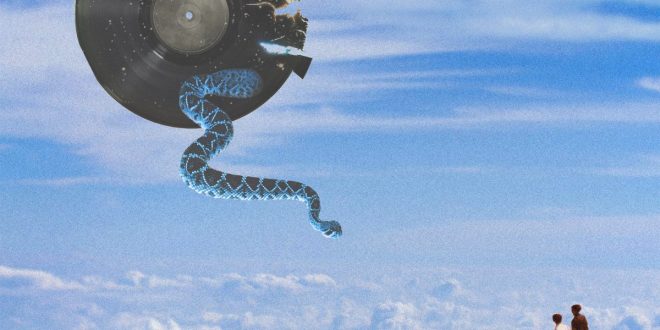 LightBody Sound are a husband-and-wife duo – two gypsies who crossed paths in Texas, in a now-nonexistent brothel called The Last Concert Café. Elizabeth and Chris have each tried their hand at various solo gigs before linking up. Last year, they have unleashed this as their first project together, and have since released their latest single, “What About Love.”

Soon after the single began, I was taken aback by its distinctive ‘hit song’ mentality, characterized by equally cheeky vocal and synth tones. The bass line, aside from maintaining its rhythmic foundation, seems to exhibit its individual charisma in the same way, sporting both stationary and exclamatory forms. From a thematic standpoint, the song centers on a nostalgia-driven path toward love – the previous twists, turns, faults and lows, and the eventual, genuine unity between two people that eventually follows – complete with a tinge of humor. It’s a complex concept with definite potential for full-length expansion, and I look forward to how it further unfolds with future releases.

I come from a family who is passionate about all things music. I learned to sing at an early age, and by 13, had my very own Fender Strat guitar. I tried my hardest at learning all that I could. Because I was born with cerebral palsy, I had to teach myself an adaptive playing style. I learned to write and record my own music, despite these difficulties. In college, I started making great use of my writing abilities by reviewing music, as well as copy editing. I guess it's best to stick with what you know, while welcoming a fair challenge at the same time.
Previous Single Review: Electric Polar Bears – “Break the Ice”
Next Story Cabin’s New Release “Always Better”