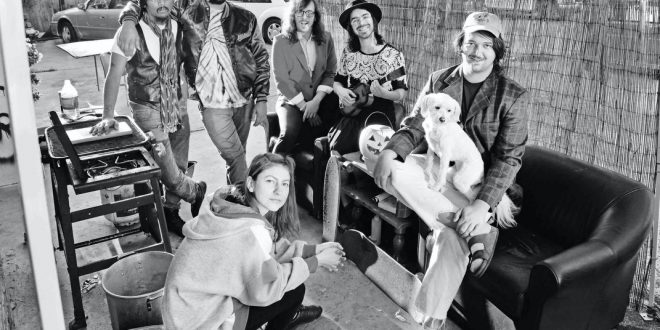 LA’s stoner-pop supergroup The Memories announced the release of their new album Pickles & Pies (out 5/29 via Gnar Tapes/Axis Mundi Records) last month along with its lead single “Second Try” and today, the collective is back to share a second single from the album, in the form of a dub-heavy cover of Ace of Base’s “The Sign.” Sung by The Memories’ longtime collaborator Colleen Green, the band decided to team up and cover this on Pickles & Pies in a truly off the wall fashion. They wanted to show not just their love of 90’s Swedish pop music, but also their love of 90’s dub… the end result is a euphoric, fun sonic take on an already-beloved track.

For the first time on Pickles & Pies, each member contributed songwriting credits; the end result is a killer fusion of disparate influences from a band who you never know what to expect to hear next. From lo-fi bedroom pop, to dreamy folk, oldies and fun synth-leaning cuts, their new album is a delightfully refreshing spin from front to back.

In This Moment have released their seventh album Mother, today March 27 via Roadrunner/Atlantic. The album is available here. Ahead of …