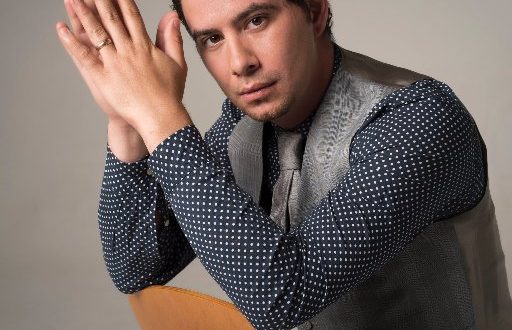 Billy Droze’s new album, simply titled Renaissance, is powered by big strings and even bigger vocal melodies from Droze himself, and it doesn’t take much more than a cursory inspection of its opening track, “Coal Fed Train,” to get swept away by its chunky instrumental presence and slick serenades, which are littered throughout this song, “Shadows in the Room” and “Chain Gang” alike. Where “Shadows in the Room” sees Droze utilizing a country harmony as a backdrop to his cutting lyricism, “Chain Gang” is a virginal homage to the bluegrass of old, and a mighty fine one if I do say so myself. You don’t have to be a major league bluegrass fan to dig this record’s swing, but those who are will probably have a hard time putting it down this December.

“When the Time Comes” keeps the sly rhythmic churn of “Chain Gang” going with an eroticized groove that is simply electric as it reaches a sudden climax. In my first sit-down with Renaissance, I wasn’t sure whether to dub “Shackled and Bound” a retro bluegrass number or a fusion piece conceived with country radio airplay in mind, but either way, it’s got a melody that I haven’t been able to shake since this LP hit record stores. “Angels Watching over Me” has a deceptively simple swing, but don’t be fooled by its super-efficient beats – it’s as sprawling a composition as its tracklist neighbor, “She Broke My Heart in Spanish,” is and then some.

Every time I listen to Renaissance, I fall in love all over again with Droze’s balladic country vocal in “If It Wasn’t for a Song,” which I think needs to be a single from this album alongside “Chain Gang” and “Coal Fed Train.” It sits beside a really affectionate collaboration with Tommy Emanuel in “That’d Be You,” but even when the molasses-like melodies of “All Is Well” are entering our airspace, the harmonies of “If It Wasn’t for a Song” are still awfully hard to forget. Billy Droze sounds at ease with all of his surroundings in this record, and while he’s never translated as unsure of himself before, he’s got an added dose of swagger in Renaissance that makes me wonder just what exactly he’s got planned for his next studio project.

Even if Shenandoah weren’t assisting Droze with the melodic heavy-lifting in “Free Again,” I’ve got a feeling that the song’s blustery hook would still be drop-dead gorgeous. We come to the end of Renaissance’s tracklist with a peaceful slow song in “Till I Get Home,” and though it doesn’t offer us a conclusion quite as memorable as the record’s commencement in “Coal Fed Train” is, it brings the fragmented narratives of the eleven preceding songs full-circle nevertheless. I knew I was probably going to approve of the new Billy Droze LP, but I’m genuinely impressed with what this bluegrass stalwart is assembling here at this stage of his career. He’s got so much talent and passion in the studio, and in Renaissance, it’s highlighted in twelve surprisingly relatable, and always all-American, well-produced tracks.