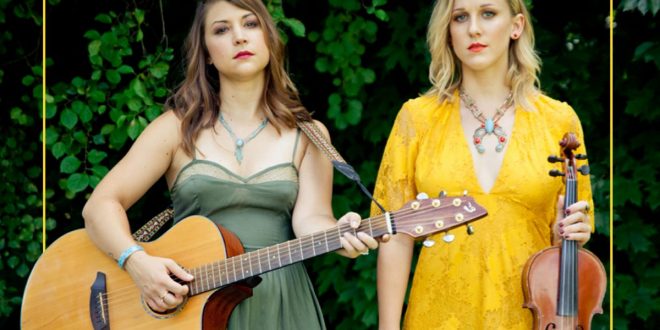 Creeping out of the silence ever so slowly, the violin that triggers the first few strands of a melody in Steel Blossoms’ “Revenge” might not present us with very much at the onset of the song, but what it will create with the other components of this amazing new single and music video from the band’s self-titled debut is nothing short of staggering, particularly if you love country-bluegrass cocktails. A ballad with a powerfully countrified narrative as relevant as any of its string harmonies are, the self-explanatory “Revenge” is not light listening by any stretch of your imagination, but while it definitely isn’t boasting an simple country swing, trying to get it out of your head after a single listen will be a lot easier said than done.

It isn’t until vocals come into focus that we start to get a feel for just how crucial an element the violin is going to become in this song, but to best understand the moodiness of the melodies here, we need to look primarily towards the guitar part. Consistent and carved from the same emotional clay that the lyrics were, the six-string harmony in the foreground of the mix helps to set the cadence of the beat for our singers in the absence of a traditional percussive part, and though the violin accents its thrust with a tortured wail, it is only through the guitar’s contribution itself that we’re able to contextualize both the words and their adjoining sonic twists and turns.

The music video for “Revenge” follows the most literal narrative we can take from the song and exhibits it for us in a fashion that makes it impossible for the audience to look away, and while it’s not the happiest of the videos I’ve watched recently, its deeper message wasn’t lost on me at all. The tonality of the vocal, guitar and violin reinforce what the lyrics are already telling us, and by giving up a visual perspective on the story, the tragic nature of the music becomes so much more accessible to us when absorbing all of the components in a single sitting. Some might say that it’s hard to handle, but I would suggest those critics consider “Revenge” for what it really is – a picture window into the harsh reality of codependence, and more specifically, the evils of abuse in all of its forms.

When “Revenge” crosses the finish line with one last vocal harmony that seems to linger in the air long-after Steel Blossoms have stopped singing, I think everyone in the audience begins to feel the weight of what they’ve just heard, and where some would be outright overcome with emotion, I for one was too excited to hear more from this group to get caught up in the moment. This is a grand slam of a single and a phenomenal cut from Steel Blossoms’ eponymous album (their very first), and even if it takes a couple of spins to understand, it’s a listen I’d recommend to any country enthusiast this wintery season.