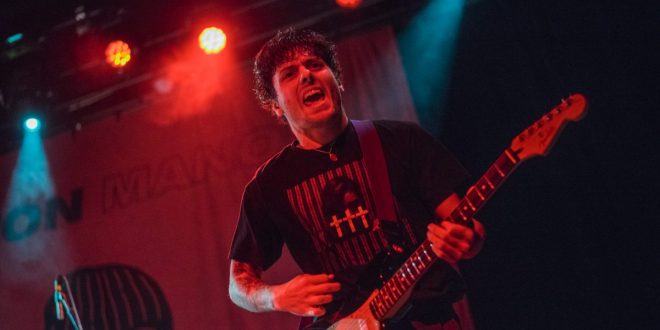 Editor’s note: British pop-punk band Boston Manor did not name their band after the American city of Boston, MA, but don’t tell that to fans of the band who live in the American city and embrace the Blackpool based group as of their own. Last night, Boston Manor kicked off their US headline tour at The Sinclair in Harvard Square, where a sold-out crowd made them feel at home. They’re on the road in support of their sophomore studio album Welcome to the Neighbourhood, which dropped in September of last year. The headline run is Boston Manor’s first proper US headline tour and will continue through December. Along for the ride supporting Boston Manor are Microwave, an Atlanta, GA based rock band whose newest album Death is a Warm Blanket is out now. Also on the tour are Heart Attack Man and Selfish Things. Check out images from night one of the tour below.