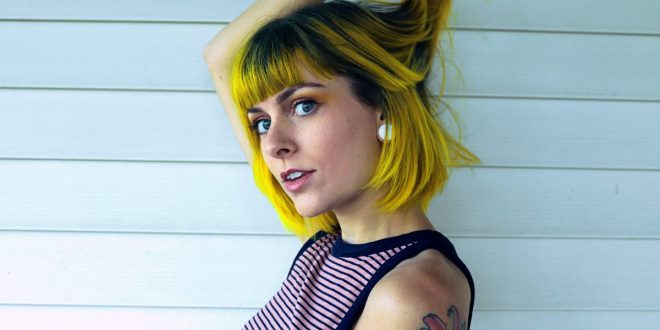 Rise Records is excited to announce that Jetty Bones, the musical project led by Ohio-based musician, Kelc Galluzzo, has joined their roster of artists. In celebration of the news, the band has shared a new music video for their single, “the part:”, a standout song from their third EP, – (pronounced “hyphen”), which debuted earlier this year via Take This To Heart Records.

Kelc has a message for Jetty Bones fans about this announcement and next chapter in the band’s career: “Growing up in Ohio, we used to have this local scene saying about how the dream was to ‘live in Ohio, start a band, then sign to Rise Records.’ Well, 12 years later, I finally get to say that those teenage dreams are a reality: Jetty Bones has officially signed to Rise and will be putting out a full-length record next year. As the final piece of the – era, here’s a music video and a promise to keep building this community around support and vulnerability as a part of the Rise family. Thank you for reminding me that fighting for passion, recovery, and the strength to help others has not been in vain. I don’t know if I can ever find the words to accurately explain how much I needed all of you (and still do), but I’m going to try my best for as long as you let me.”

Channeling the band’s namesake, Betty Jones, who broke out of her all girls’ Catholic school to remove herself from a situation where she wasn’t happy, Jetty Bones exists to encourage people to rise above everyday situations and push for a life with better meaning. The group’s 2017 EP, Old Women, was a story of progress, growth, and the development of human connection – something often overlooked today. In a world so focused on outward appearances, Old Women takes you on a journey through one girl’s mental and emotional attempts to attach to something in a more genuine way, that something being other people. Its brisk, contemplative follow up, – (pronounced “hyphen”), is a bridge between Kelc’s journey to healthier interpersonal bonds and a future colored by close friends, As Jetty Bones still functions with Kelc’s crystal clear delivery and racing thoughts at its center and a network of trusted musicians bouncing in the margins, – is a testament to the artist’s growth, depth, and warmth.

Jetty Bones is also currently on tour in the U.S. supporting New Found Glory, along with Hawthorne Heights and Free Throw. The remaining run of dates continues tonight in Lancaster, PA at Chameleon Club and wraps next week at Saturn in Birmingham, AL on November 26. A list of shows is included below, with tickets available to purchase HERE.