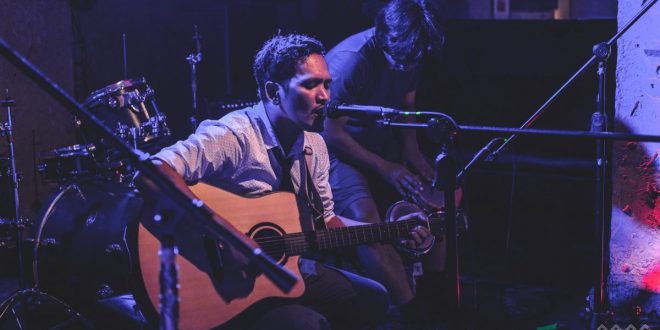 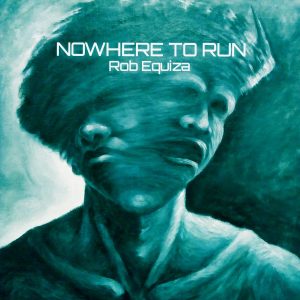 Rob Equiza is a Filipino singer-songwriter from Calbayog City, Samar. Although he has been writing, recording, and producing his own music since 2007, only recently has he made it available on major streaming platforms as of last year. Equiza’s sound was developed through various endeavors, including his home-based alternative folk band Freeradio, and the now-defunct, Manila-based blues/grunge quartet Poor Dead Rats. Through his independent record label, Jam Lemon Records, Equiza releases music, as well as specializes in artist development of up-and-coming talent.

Equiza’s latest single, Nowhere to Run/When the Rain does its part in expanding these influences, which are accentuated by the color tones of the cover art, done by Dalnold Laotingco. I appreciate the progression of the folk-tinged first track, Equiza’s vocal tonality shifting from uncertain ponderings to soaring, passionate pleas. The percussion increases in presence just as well, with each snare striking and defined as the song’s chord sequence subtly becomes more involved. That involvement reaches a peak of sorts, once the lead melodies of Poor Dead Rats guitarist Don Davis Pido enter the mix, which considerably enhances the song’s intensity. On the flip side is “When the Rain,” utilized in a low-key acoustic register, which features guitar and additional songwriting input by Freeradio guitarist Doi Allequir. Its gentle and tender, yet bittersweet feel provides solid closure, ideal for those gray-skied days that emit a possible glimmer of hope. Ultimately, both tracks are understandably somber, each centering around different perspectives of constriction and disenchantment through uniquely contrasting stylistic approaches.

I come from a family who is passionate about all things music. I learned to sing at an early age, and by 13, had my very own Fender Strat guitar. I tried my hardest at learning all that I could. Because I was born with cerebral palsy, I had to teach myself an adaptive playing style. I learned to write and record my own music, despite these difficulties. In college, I started making great use of my writing abilities by reviewing music, as well as copy editing. I guess it's best to stick with what you know, while welcoming a fair challenge at the same time.
Previous Easy Life give new single “Nice Guys” the video treatment
Next Live Review And Gallery: Starset, Palisades, HYDE And A Brilliant Lie At Gramercy Theatre In New York City 10-25-19