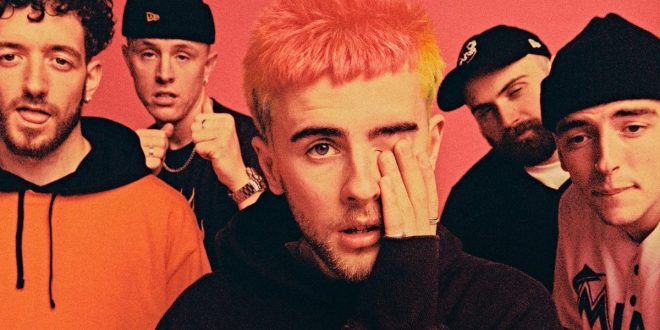 Following the recent announcement of their 2020 North American tour, Easy Life have revealed the hilarious music video for their latest single “Nice Guys.” Shot in London and directed by Greg Barth, the video is set in a retro-futuristic chat show, promoting abstinence in the name of Kuthi, a fictional cult leader whose followers pledge to stay chaste until his return on Planet Earth – surprisingly not a Kanye reference. A nod towards the 1960’s Beatle-mania and boy-band hysteria of that time, the audience is made up of devout Kuthi followers whose abstinence begins to waiver as the band’s performance builds momentum. That’s when a mystery guest is called in to cool things down, the antithesis to the “Nice Guys,” President Donald Trump.