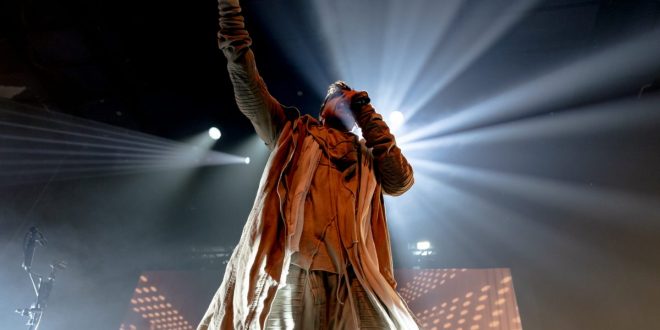 On Friday, October 25th, The citizens of the greater metropolitan area showed up to the Sold Out Gramercy Theatre for a live transmitted message brought to us by a group of musicians sent to us by the Starset Society known simply as Starset.

Kicking things off that night was a band hailing from the Sunshine State of Florida known as A Brilliant Lie. This eclectic quartet is composed of drummer Chris Lane, guitarist Jason Lemrond, bassist Nick Scout and led by vocalist Tara Lightfoot, who’s explosive energy onstage lit up the room that night dancing around the stage in a witty manner. The band played a quick six song set full of energy, their cover of Toto’s “Africa” didn’t seem to take with the majority of the crowd which was understandable given the average age of everyone, but non the less it was well appreciated by myself and others from that era.

Up next to hit the stage all the way from Japan was Hideto Takarai, known exclusively by his stage name HYDE. HYDE is known as Japans most prolific rock artist. Hyde took to the stage to a roaring ovation from fans, dressed in a black suit and a ornamental mask resembling the phantom of the opera with glowing white contacts, accompied by band mates who all wore different masks with crossed out eyes and phantom like grins all lit by LEDs, as well as one that had an electronic running marque over the eyes that read DAMNED….  HYDE electrified the stage under the bright neon lights with a packed set of hits from his most recently released album ‘anti’, even taking a page from the late great Scott Weiland as he sang one song using a megaphone. HYDE continued to amaze fans in NYC with an incredible performance as he closed his set with an awesome rendition of Duran Duran’s “Ordinary World”.

Straight across the river from our neighboring state of New Jersey, came Palisades. After a good chunk of the crowd left after HYDE’s performance only to stand outside for a chance to meet the Japanese wonder, Palisades took to the stage in front of a lesser sold out crowd. This was a first for me seeing or hearing this band and to put it totally honest, I have to say I wasn’t impressed at all considering the powerful line up of bands that Palisades followed. I was really expecting a lot more out of this band considering they hold the main support spot on this tour opening for Starset. Musically the bands sound was tight, but the music itself was your average “new metal” material, its the typical repetitive sound you get from most newer metal bands of today, songs that follow the same suit with melodic vocals that constantly lead up to the aggressive take over that fall on top of the standardized heavy riffs. Even the bands stage presence felt robotic and bland as members simply moved forward and back from the front of the stage. From the explosive high energy out of the gate performance by A Brilliant Lie that kicked the show off, to the electrified in your face set of HYDE, Palisades had definitely set the pace in reverse leading up to Starset hitting the stage.

By the time STARSET was ready to take the stage, it had seemed that the crowd had gotten back to its sold out form. With the entire room dark, a large LED screen backdrop lit up the stage projecting an animated image of the band, just as the screen lit up the stage, the crowd lit up the room with screams as they cheered for Starset, while drummer Adam Gilbert stepped behind his kit, his fellow band mates followed along as the intro “A Brief History Of The Future” was transmitted over the house PA. Led by vocalist Dustin Bates, donning their new look, dressed in a post apocalyptic fashion like something out of a Mad Max movie, the band opened their set with “Manifest” the first single off their recently released ‘Divisions’ LP, and immediately sent fans into a frenzy. With an incredible stage presence and a cinematic feel the band ran through a sixteen song set that consisted mainly of  and almost the entire ‘Divisions’ LP. The band did however throw in a few tracks from their two previous LP’s like their hit “Monster”, “It Has Begun” as well as performing an incredible cover of Led Zeppelin‘s “Kashmir”.  Starset went on to end their transmission to the fans of the greater metropolitan area with “My Demons” before walking off stage to the overwhelming cheers from the sold out crowd at Gramercy Theatre.

NewYork Based Photographer. Music Enthusiast with a background in Graphic Design. Whether I'm shooting a live event or just out wondering the streets its about capturing the moment.
Previous Single Review: Rob Equiza – “Nowhere to Run” b/w “When the Rain”
Next Exhumed To Kick Off U.S. Co-Headlining Tour With Gatecreeper On Halloween Night! 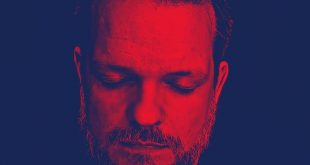