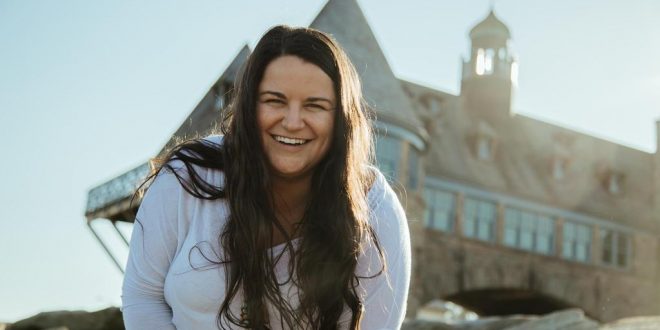 Earlier this week, singer/songwriter Christina Holmes has announced that she will once again join Donovan Frankenreiter on tour in 2020. The tour, a continuation of this year’s “The Record Player Tour,” will kick off on February 12th in Atlanta, GA before making stops in New York, Philadelphia, Chicago, and Las Vegas. This leg of the tour will also take Christina north of the border to Vancouver and Victoria for the first time. Tickets for “The Record Player Tour” will officially go on sale Friday, October 18th at 10 am local time here: www.christinaholmes.com/tour

“I can’t even explain how excited I am to go back on tour with Donavon,” shares Christina. “We had such an amazing time on the last run and I know this will be just as incredible!”

New Jersey-born and Rhode Island-based singer, songwriter, and Cove House Records founder Christina Holmes threads together stories of love and life on her third full-length, The Beautiful Struggle. The 11-track album is her most personal, passionate, and powerful work to-date and debut at #13 on the iTunes Singer-Songwriter charts. After keeping a childhood songwriting ambition a secret, she went from braving open mics to brightening the spirits of bedridden hospital patients alongside the charity Musicians On Call. Following a seminal “Amateur Night” gig at the Apollo, she dropped her 2013 debut, Peace, Love, & C. Holmes and canvased the country on a sold-out tour with Trevor Hall. 2017’s Stand Up—produced by Warren Huart [Colbie Caillat, James Blunt]—would be the first official release through Cove House Records. In the aftermath of the release, she garnered the acclaim of Paste, Relix, and Jam in the Van and toured with everyone from Hall to Xavier Rudd and Nahko of Medicine for the People in addition to booking her own national headline run.