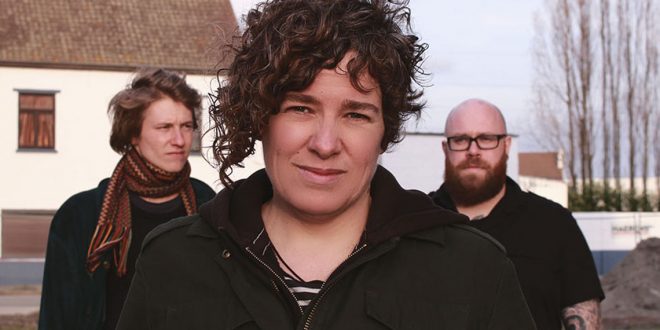 Down the Lees debut official music video for “Antiseptic Heart”

It starts off in a stumble, but before long, it starts to rumble like nobody’s business. It’s got the size to smash anything that gets in its path, but under the command of Down the Lees, it’s too controlled to do any damage that the band doesn’t see fit. It, as I’ve been referring to it, is the bass line in “Antiseptic Heart,” the new song from the aforementioned Down the Lees, and along with the gargantuan guitar and drum parts its joined by here, it will come to define one of the heaviest melodies of any you’re going to encounter this autumn and beyond.

The guitar in “Antiseptic Heart,” much like its counterpart in the bass, is as organic as it gets, and adheres to the tuneful warmth that one would expect to find in the live performance shown to us in the video for the track. I’ve been reviewing a handful of noisy rock songs this fall, but there’s something wholly different about the decadent discord that exists in the string harmonies of this single. There’s no other band that I can compare this group to right now, and it’s mostly because of the way that they make distortion sound so unbelievably crisp and clear.

This master mix is beefy and super physical, but it isn’t even close to being overproduced in the slightest. I get the sense that Down the Lees wanted to go out of their way to keep this as authentic and non-augmented as possible, and in both the video and the single itself, they manage to do exactly that without being too self-righteous about it. The only fat listeners can expect to find in this song is within the bass and guitar wallop, not in the construction of the hook, nor the visuals in the video.

As far as the music video is concerned, it’s efficient, startlingly emotional in a couple of the fever pitch moments in the song, and very surreal – particularly in its final minute of play. It’s as if everything slows down to half-speed at this juncture of the track, and we float between the players, witnessing their passion in full swing. Some viewers might find it to be even more abrasive than its source material is, but for what I look for in a rock video, it’s everything that has been absent from corporate-led alternative music for a long time now.

Down the Lees are getting a lot of hype at the moment, and if you’re curious what all of the fuss has been about, you really need to see the video for “Antiseptic Heart.” The band pulls no punches and leaves nothing to be desired in their six-minute plus tour de force, and even if this is your first rodeo with their monstrous rhythm, you’ll probably enjoy the carnage as much as a longtime supporter would. This is rock n’ roll the way that it was always meant to be heard, and no one should be surprised that it’s being delivered by a true group of indie stalwarts.

Tags down the lees review

Previous Album Review: Cursive – “Get Fixed”
Next Christina Holmes to join Donovan Frankenreiter on The Record Player US tour