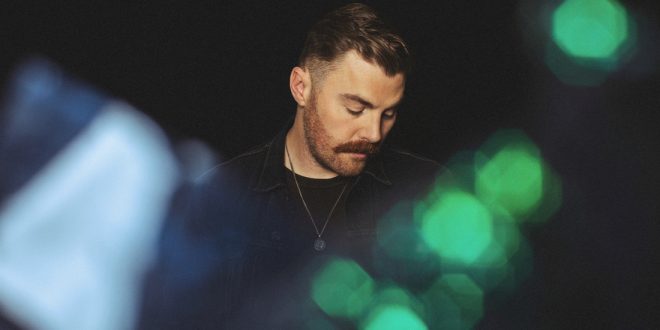 Los Angeles songwriter/producer Goldroom – aka Josh Legg – continues to build momentum into his two-part album, Plunge /\ Surface, now due November 1 via Downtown, premiering a final pre-album single “Just Like A Dream feat. Nikki Segal” today via Tmrw Magazine. Goldroom will head out on tour in North America with his live band, October 30 – November 16, along with upcoming DJ sets in Mexico, Intersect Festival in Las Vegas and supporting Chromeo around the holidays (all dates below).

Discussing the track, Legg stated, “Just Like A Dream came about as a direct challenge to myself to make a song to open my New York High Seas boat party with. It started with a vocal sample from my song Running Wild, which I wanted to contextualize and turn into something that would be a message to everyone on the boat that we were about to enter a daydream together. Playing it out on the Hudson for the first time was pretty incredible and I’m excited to share it now!”

In his life and in his music, the ocean has served as an endless source of inspiration for Goldroom, transforming the rhythm of the waves into sublimely transportive electronic music built on lush melodies and vast, yet graceful, arrangements. So when he suffered a potentially disastrous accident in the ocean—breaking his neck while bodysurfing in Mexico in June 2017—the longtime sailor was profoundly rattled. Though the incident briefly unmoored him, its aftermath ultimately sparked the making of Plunge /\ Surface: a two-part album that marks Goldroom’s most ambitious and fascinating work so far.

The follow-up to Goldroom’s 2016 full-length debut West of the West, Plunge /\ Surface abounds in radically different tones and textures – while Plunge magnifies its moody intensity with a decidedly unpolished sound, Surface delivers a classically escapist take on dance music. The distinct sensibilities of the two recordings trace back to key moments in his recovery process.

While Legg is an avid beach, surf & sailing lover, his love also transcends into his advocacy, helping to highlight the effects of climate change and pollution on marine life, and working with Global Bright Light.