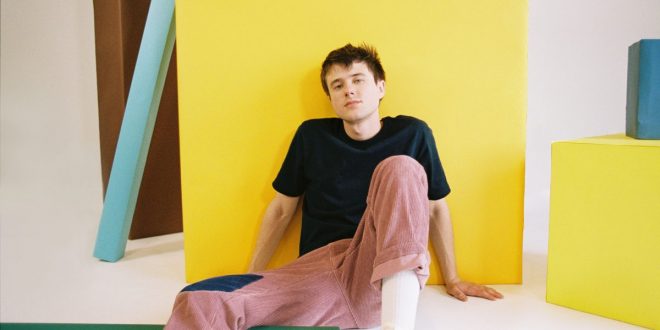 Platinum-certified singer-songwriter Alec Benjamin returns today with yet another spellbinding, biographical gem, this time chronicling his highs and lows in the city of Angels, ‘Jesus In LA’ is out everywhere today.

A further testament to Benjamin’s knack for writing infectious and timeless songs, ‘Jesus In LA’ is about the young songsmith’s move to California and leaving his friends and family behind in pursuit of his dreams. “When I first got to LA I thought that I was going to finally find the happiness that I had always been looking for. Not long after I arrived, I signed my first record deal. Got dropped. Lost friends. Spent all my money… and had to move back in with my parents. Alec Benjamin reveals. “It was then that I realized the thing that I was looking for most was in front of me the whole time. My true friends and family. Even at my lowest point, being back home with my family is what made me truly happy. The song isn’t a literal take on religion or about Jesus at all. It’s about searching for hope and happiness and realizing those things aren’t always where you think you’ll find them.”

Following the release of his critically acclaimed debut ‘Narrated For You,” and a sold-out North American tour — which included him being joined on-stage in Los Angeles by his childhood idol John Mayer — 25-year-old Alec Benjamin has announced he will be embarking on his biggest North American headlining shows to date. On October 9 he will be performing an already sold out show at the legendary Fonda Theatre in Los Angeles and on October 25 he will be performing at New York City’s Terminal 5. For more details and tickets click HERE.