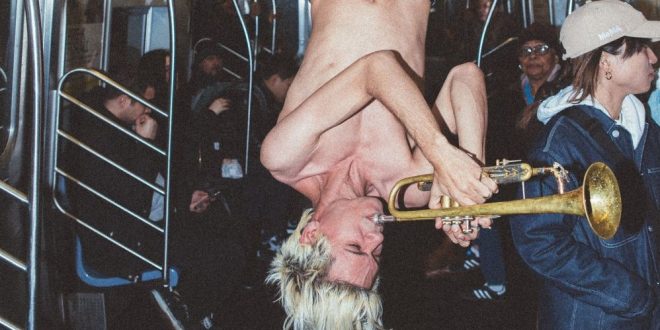 Spencer Ludwig is a fashion-forward and confident pop maverick who rocks the stage with seismic vocal range, contagiously sexy dance moves and wonderful, wild, and wailing solos—on the trumpet.

Since his days as the original trumpet player in Capital Cities from 2012 – 2015 the Los Angeles-born half-Filipino vocalist-instrumentalist has launched a solo career, adding a new dimension of possibility to not only his sonic weapon of choice, but to pop music as well.

“I want people to be able to appreciate the trumpet as the sexy rock n’ roll instrument that it is,” he says. “When I write I ultimately aim to create a vibe that I want to improvise over. I love how physically and emotionally demanding the instrument is. When I play the trumpet it’s as if nothing else matters in that moment, which is the moment I look forward to most when I’m performing. There’s never really been a real rock n’ roll icon for the trumpet and it’s my mission to be that for the world.”

Today, Spencer Ludwig unveils a tribute to an artist that he calls his biggest inspiration, Prince. In honor of the second anniversary of Prince’s untimely passing, Ludwig took the time to record a cover of the classic song “Diamonds and Pearls” originally released by Prince in 1991.

2019 has starting off huge for Ludwig as his first release of the year “Best Life” can be heard soundtracking the new global campaign for Royal Caribbean and he is prominently featured modeling in the 2019 Spring and Summer global Tommy Hilfiger campaigns. He also landed a residency that sees him perform on the last Friday of every month in his hometown of Brooklyn, NY at the Freehold where he will debut new songs and curate a fully immersive experience. Ludwig recently teamed up with fellow New York artist, Zak Downtown, for his new single “My Nature” which is available now.