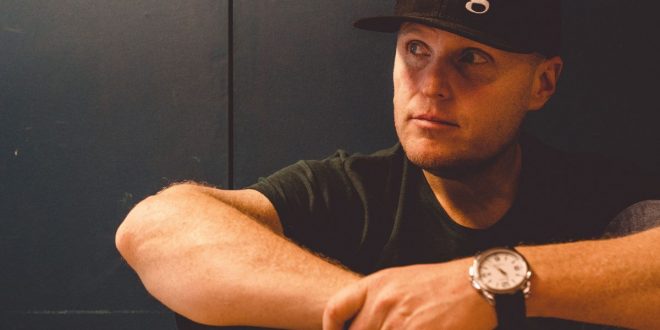 Danish producer/songwriter Jonas Brøg has released a music video for his latest single “All Across The Sky” via BuzzMusic. The laid back indie-pop track is about the process of closing a chapter and moving on to a new journey.

‘I salute people who have the courage to make changes in their lives, leaving a situation that isn’t doing them any good anymore to move towards better times,” says Brøg. “I’m in transition mode myself at this very moment and with hope in my heart—as the good saying goes—when one door closes another one opens.“

“The creative vision for this video is entirely derived from the New York-based collaboration between director Limei Wang and creative director Ashleigh Caﬀey,” says Brøg. “All I knew is that I wanted the video to express an almost intangible emotion, one in which you realize the urgency of an absolute need for change.“

“In this video, the main character Ashleigh took us on a journey to the sea—a particularly favourite place of mine to clear my head,” Brøg continues. “Her beautiful images couldn’t fit the music more perfectly. Ashleigh just embodies all aspects of this song; she is strong, determined, you can feel her power and yet you bear witness to her raw emotion and sensitivity. The visuals convey the balance of living in cosmopolitan New York City, fused with the energy of a multicultural environment, as well as the nature of beach. This dynamic motivates the individual to look within for strength, which in turn gives them the momentum to move on to a new journey.”

Limei says: “Ashleigh and I wanted the collaboration with Israel-based cinematographer, Shachar Yerushalmi, to create a visual portrait of the spirit of the unbreakable energy of a strong person who is in search of identity. Meanwhile, portraying the journey from initial internal resistance to the environment to surrendering to your own true self and your own core value. This resonates well with the message of the song for change. I love the sound of Jonas and the message of the song, so very honoured to be part of this creative process.”

Brøg released his debut single “Tell Me Why” last year, a track describing his struggle with mental burnout, after years of working behind the scenes as a producer for other artists. Later, the mid-tempo pop follow-up “I Think Of You I Cry” debuted on Denmark’s biggest national radio station, P4.

Listen to “All Across The Sky” on Spotify.

Tags All Across The Sky Jonas Brøg 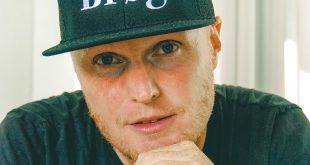