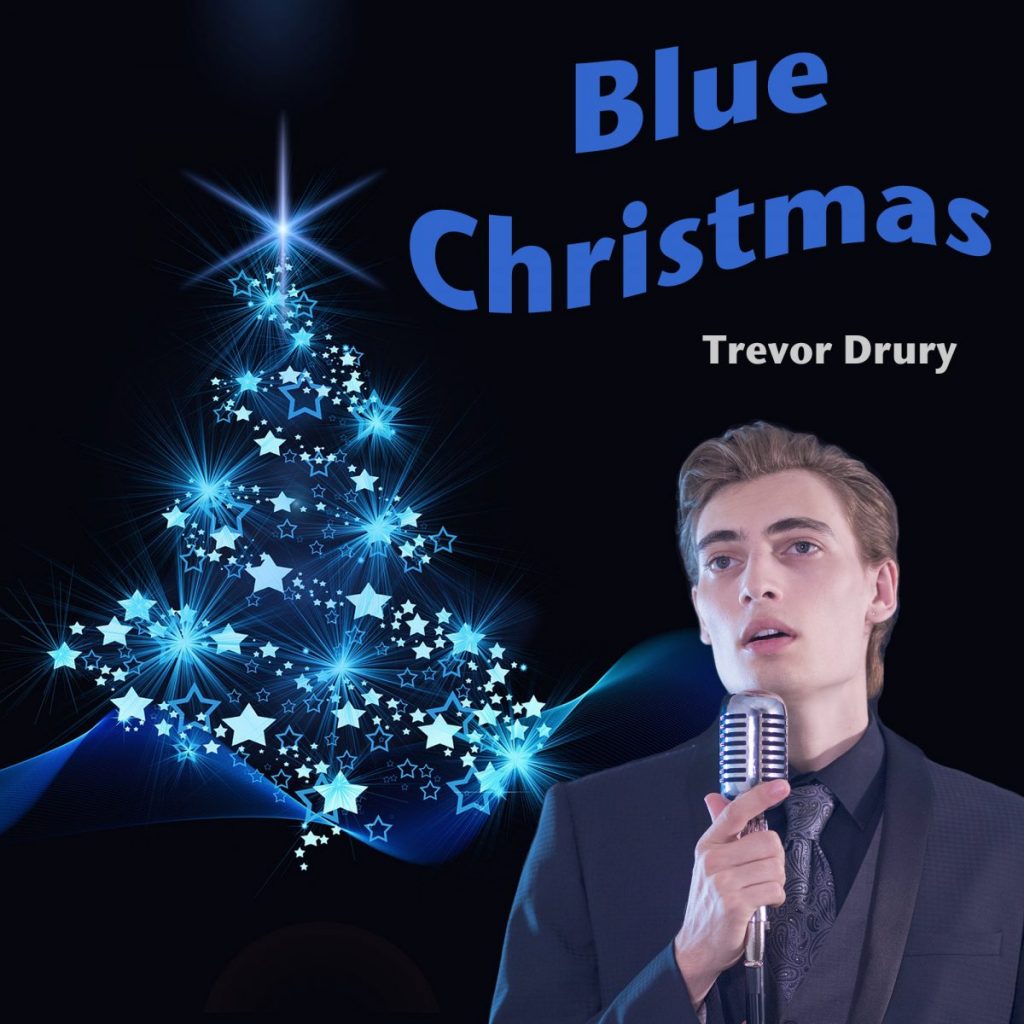 When the temperature drops and snow is blanketing everything outside in white this Christmas season, Trevor Drury wants to be there to warm our hearts with his new single (and cover of the classic Elvis song) “Blue Christmas.” As most of us are already aware, “Blue Christmas” is one of the most evocative and inspirational holiday pop songs of all time, but Drury doesn’t let the daunting task of living up to the original stop him from unleashing everything that his magnificent sonic profile is capable of delivering. Shrouded in a minimalist melody that is much more subtle and ambient by design than what we find in Elvis’ 1957 release, this single patiently marches out of an atmospheric rhythm and slowly washes us in breathtaking tonality the likes of which most artists – including those with more releases under their belts than Drury currently has – could only dream of possessing. In the season of giving there’s perhaps no greater gift than that of heartwarming music, which is precisely what Trevor Drury imparts to us in his latest and possibly most robustly produced recording to date.

“Blue Christmas” is ethereally mixed with a lot of emphasis placed on the relationship between Drury’s vocal and the compositional rigidity of the track. On paper this is one of the more complex and difficult Christmas songs to sing, but Drury attacks the melody with such a relaxed demeanor that it feels poignant and even-keeled even at its most tense and emotional. You can tell that Elvis was a big influence on his musical development, but at the same time he isn’t overly playing into the epic vibe of the original in this cover. The lush beat is unchanged and in fact more succulent and thick in this version than it is in the classic, and though there’s no way to be certain my gut tells me that Elvis would likely approve of this cover if presented with it in present day. All of that old world rock n’ roll charm is still flowing through the harmonies, but they aren’t cut with any of the forced polish that often accompanies modern retakes of legendary tracks.

You don’t have to be the world’s biggest Christmas fanatic to really appreciate how dazzling a performance Trevor Drury gives us in “Blue Christmas,” and I think that whether you’ve been following his career since day one or are just discovering his work through this single it’s extraordinarily doubtful that you’ll walk away disappointed by what this track has to offer. The holidays can be an especially tough time on us because of all the silly external politics that sometimes attempt to penetrate the good will and giving attitudes that the season was meant to symbolize, but Trevor Drurydoesn’t allow the commercial powers that be to cloud his expression of blissful Christmas cheer in this song. He’s got a very exciting career ahead of him in music as well as other corners of the art world, and “Blue Christmas” sees him expanding his unique style of showmanship into one of pop’s most revered and respected songbooks.