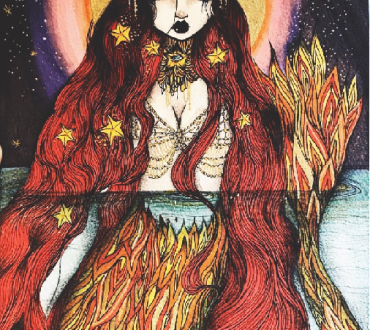 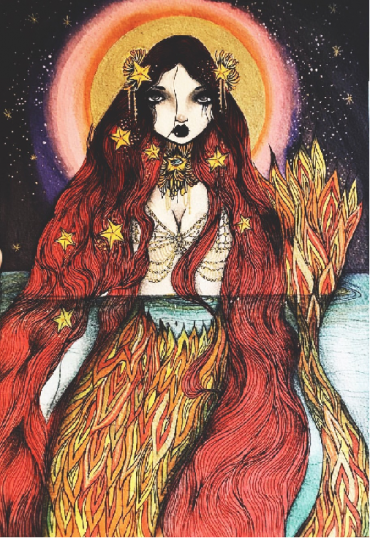 It’s not the most popular thing for critics in my position to say, but pop is as incredibly textured as any other genre of music – the difference is, it takes a certain kind of entertainer to make it captivating and tangible to the listener. There have been hundreds upon thousands of artists in the last half century that have added their own verse to the great drama that is recorded pop music, and while no two have been quite the same, there have been collective moments that have spurred on some of the biggest creative developments that the genre has witnessed, the most recent of which has been the fusion of electronica and R&B influenced vocal music. Adding her own take on melodic prose and richly appointed rhythm is west coast singer/songwriter Starla Starshine, who despite her bohemian handle yields a pretty electrifying sound that fits in well with the contemporary pop climate. Her new EP Red Lagoon highlights her style in three tempered songs that showcase her abilities as a songstress and artistic force in the modern era of music.

With her debut album just around the corner, Red Lagoon was conceived to warm us up to what Starla Starshine’s songcraft is all about, and even though it’s remarkably short for an EP it does a fine job of summarizing its star performer. The title track is a larger than life electronic ballad in minor key that wraps around us like a cloud of smoke and slowly dissipates into the ethers that bore it, while the more urban “Bad Boys” takes advantage of Starshine’s sinfully contagious confidence to make its relatively basic harmony sound like a solid, echoing chorus. When you take away all the bells and whistles, Red Lagoon is a pretty modest release that doesn’t try and boost Starshine’s profile with a lot of unwanted filler, zany compositions or elaborate guest appearances. When comparing it to similarly stylized records it doesn’t feel nearly as unrefined or explorative as it could have been, especially when you consider that this is her very first release.

I’m quite intrigued to see where Starla Starshine ends up on the pop music map and whether or not she continues to go in the electronic trajectory that Red Lagoon sees her leaning towards. She’s definitely got a versatile enough sound that she could get louder or quieter in her songwriting approach and probably press on either way, but I don’t get the feeling that Starshine wants to go through her entire career simply “getting away” with making accessible records. There’s enough here for me to deduce that she’s got loftier goals.