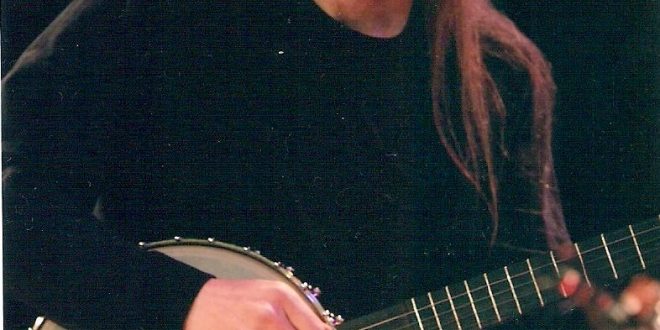 Tom Eure New Album ‘The Coin, The Prayer & The Crow’

Tom Eure;s obvious immersion in Celtic and Appalachian styles of folk music runs deep, but his music never sounds like intelligent mimicry. The sixth studio album from this singer/songwriter and wildly talented musician The Coin, The Prayer & The Crow encompasses his broad-based command of traditional forms with a spark of the original that sets these tunes apart from your typical fare in this vein. He’s accompanied by and often duetting with prodigiously gifted singer/songwriter and multi-instrumentalist Amelia Osborne and their chemistry is apparent despite the nature of studio recording. In fact, the thirteen songs on The Coin, the Prayer & the Crow sound like they were recorded live in the studio and the often spartan elegance of their arrangements never undercuts realizing their melodic potential each time out. Even the instruments are carried off like rousing vocally driven songs and there’s a consistent life-affirming quality behind even the direst of lyrics.

Much of the lyrical material, however, takes the high road rather than belaboring life’s hard times. The opener “The Wind Will Take You Home”, “Common Ground”, “The Best of Thee”, and album closer “Time With You” are numbers emphasizing sensitivity and an essential hopefulness that belies folk music’s reputation as typically darker fare. The two most memorable tunes from those four are the opening song and the storytelling centered cut “The Best of Thee”. The former tune has a well honed, economical lyricism that recalls classic folk songs while still putting forth imagery that’s all Eure. “The Best of Thee” comes near the mid way point of the album and is rife with a strongly human quality and a historical context that Eure’s writing nails just right. “Common Ground” is a lesser number, but it’s impossible to not enjoy the pinpoint musical skill that goes into developing its melodic strands and the curtain closer “Time With You” is one of the quietest, most vulnerable performances on The Coin, the Prayer & the Crow that further underlines its often personal nature.

“Song of Remembrance” and “The Carving Tree” are the album’s two introspective, pensive moments and greatly rewarding. The first song is carried by a mix of sparkling acoustic guitar and a deeply felt Eure vocal while the second features the sole lead vocal Amelia Osborne takes over the course of this studio release. The second of those two aforementioned tunes is the most traditional; Eure doesn’t hesitate to utilize the language of folk songs to enhance his credibility and does so without ever seeming too calculated. The album’s instrumental tracks are an important key to its overall success and a couple standout as highlights in that area – the first is a brisk workout entitled “The Path Home” and the second is, surprisingly perhaps, the album’s longest song with “Blue Smoke Hills”. The later song runs nearly five and a half minutes and takes Eure’s audience on quite an enjoyable musical ride. There’s something for everyone on Tom Eure’s sixth album, but there’s no question that genre devotees will likely take away more from this release than the casual music buyer. It’s one of the year’s most worthwhile releases yet.

Stephen Vicino is the founder of MusicExistence.com. He created this site to give talented musicians a voice and a way to be discovered.
@@svicino
Previous Used To Love You
Next THREE Songs on YouTube Free Preview Listening — for a limited time