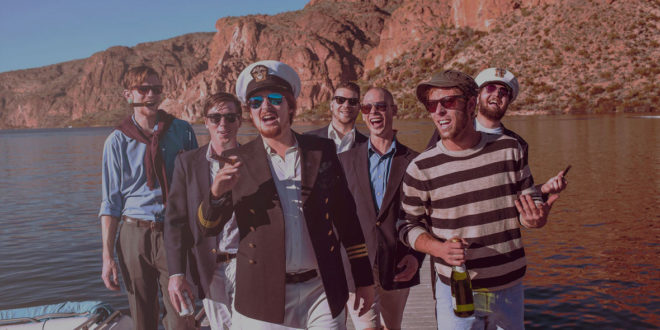 Psychedelic indie rock band Captain Squeegee have made a name for themselves in Arizona over the years for their over-the-top music videos and their latest release, the delightfully strange “Our Children,” does not disappoint. It is the first single from their upcoming EP Harmony Cure, a collection of punk rock showtunes due to release on January 26th via 80/20 Records. The uneasy anthem is about passing on a broken world to the next generation as vocalist Danny Torgersen charismatically belts optimistic lines as “And when our children hang out, I hope they save the world. I hope they know about our weapon. And drop it again, that harmony cure.” In order to balance out the serious subject matter, the band opted for Sci-Fi references, 90’s hip hop aesthetics, and even wheeled out a freakin DeLorean in the video.

“Our previous videos always told a narrative story and had a plot, kind of a guided journey, and I wanted this one to be a sensory overload, ‘what the f*ck kind of video.’ I wanted this video to make a lot less sense than other videos.” said vocalist Danny Torgersen.

Harmony Cure was produced, engineered and mixed by Bob Hoag (The Format, The Ataris), the same person behind the band’s 2013 full-length To The Bardos!. The five wickedly clever tracks hover over funk, ska, prog, rock, jazz and everything in between. “It’s about finding hope through song, confronting the demons of the 3D world with HARMONY,” says Torgersen. “A sonic swim through the unsettling swamps of time, age, death, dying art, & the future of Earth. You know, whatever. That’s kind of why we also named our new beer (by SunUp Brewing) after the album…it’s like, ‘dude I know, being human is crazy… here just drink this it might help’“

Pre-order Harmony Cure here, which will also be available on vinyl. 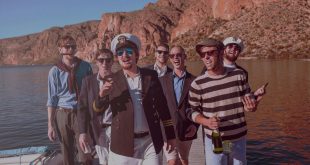 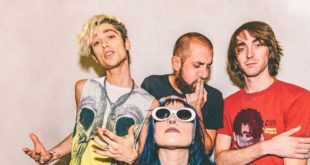