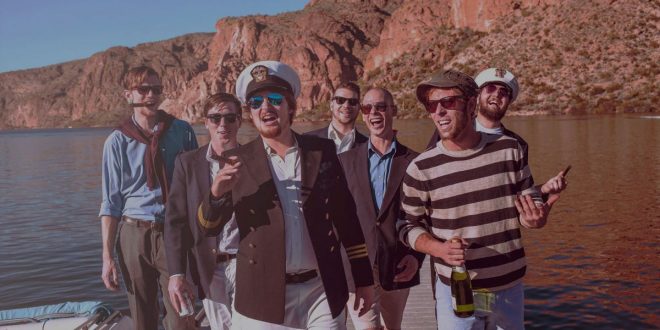 BRAVO, who appeared on ABC’s “Shark Tank” and successfully won over two sharks for a $150K investment, is a large supporter of independent musicians. Through their app they’ve helped musicians receive thousands of dollars in tips, so it made sense for them to team up with Captain Squeegee, who have made quite a name for themselves with their over-the-top music videos.

In the video, Captain Squeegee storms Tempe, AZ with an explosive dance-fueled flash mob based on the ballad “Ghost Ships” from their recent EP Harmony Cure. The video is centered around supporting the arts and “activating” the performer within us all. Lead singer Danny Torgersen prances around unsuspecting fans with his secret squad, as he sings of painters and philosophers “working for minimum wage.” Wielding a magical cellphone and armed with the BRAVO tipping app, Danny summons hidden dancers and floating “ghost ships” as their flash-mob escalates to an all out circus.

“This song is for every starving artist, disheartened philosopher, and writer simply waiting to raise their pen,” says Torgersen.

Harmony Cure was produced, engineered and mixed by Bob Hoag (The Format, The Ataris), the same person behind the band’s 2013 full-length To The Bardos!. The five wickedly clever tracks hover over funk, ska, prog, rock, jazz and everything in between. “It’s about finding hope through song, confronting the demons of the 3D world with HARMONY,” says Torgersen. “A sonic swim through the unsettling swamps of time, age, death, dying art, & the future of Earth. You know, whatever. That’s kind of why we also named our new beer (by SunUp Brewing) after the album…it’s like, ‘dude I know, being human is crazy… here just drink this it might help’“

Listen to “Ghost Ships” on Spotify.

Previous Gallery: Black Label Society and Conan at the El Rey 5/22/19
Next The Cerny Brothers’ release Looking for the Good Land 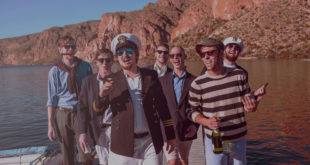