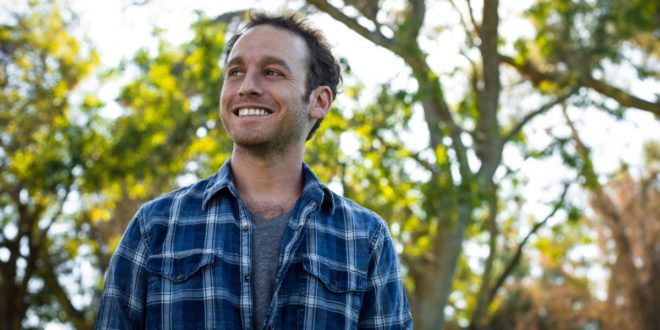 Last month, Southern California singer/songwriter Matt Westerman premiered his new single “One Fine Day” over on AXS.com. The anthemic and empowering track is the first single off of Matt’s debut EP, “Life Out Loud,” which will see a release on November 10th.

Upon the single’s release, Matt had this to say about the track: “The song is basically my motto for making this whole EP. It is about waking up and deciding today is the day I am going to take a chance and go after my dreams! Mostly it is about having the courage to be who you want to be.”

Fans can expect more of Westerman’s feel good vibes on his debut EP, “Life Out Loud,” when it drops on November 10th. Joining Westerman on the record is a veritable “who’s who” of notable session players. Pedal steel player Marty Rifkin – long time Bruce Springsteen collaborator – showcases his talents on the record. Westerman is also joined by session journeyman Sean Hurley on bass who has performed on John Mayer’s records and is currently on tour with Idina Menzel. The finely nuanced production on “Life Out Loud” is credited to Brad Swanson, whose tracks can be heard in popular shows like Smallville, CSI, Ghost Whisperer, and more.

Featuring bright stand-out tracks like “One Fine Day,” “She’s More,” and “Don’t Give Up On You” the EP is sure to win over admirers of the singer/songwriter genre and fans of modern contemporaries like Passenger, Jack Johnson, and Brett Dennen. By fusing his main influences that range from Neil Young to Dave Matthews to Coldplay, Westerman has crafted an original collection of songs that expertly fuse the pop sounds of the past and present.

Previous TJ Kong & The Atomic Bomb – Dancing Out the Door : Album Review
Next Interview with Kaya Tarsus of Blood Youth