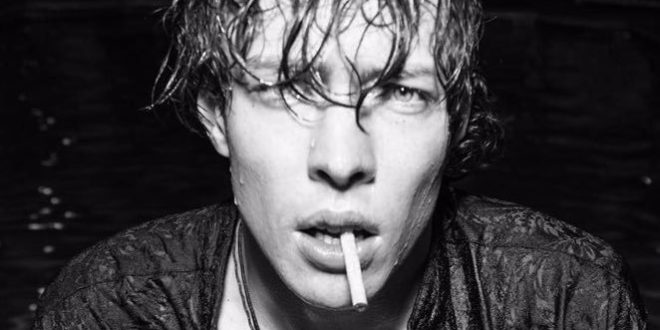 Barns Courtney is a man on fire. The rising British rocker’s debut album “The Attractions of Youth” dropped this week, impressing with a gritty mix of thumping drums and commanding vocals. Currently set to open for The Kooks on their summer US tour, Courtney is sure to turn heads with this irresistible album.

The album drips with unabashed swagger, deftly leading listeners through a gallivanting lyrical journey of drunken nights, hazy nostalgia, and youthful bravado. Singles from Courtney’s previous EP like “Fire” and “Glitter & Gold” fit seamlessly within the new releases, setting the tone for Courtney’s predilection for pounding beats and a distinctly vintage sound. Gravelly “Kicks” pulses with lofi distortion and an urgent stomping rhythm, the musical equivalent of throwing on a leather jacket to drunkenly stumble down midnight city streets. Courtney is “a wild one, lightning in [his] veins,” with the music to show for it.

“Hobo Rocket” accentuates the uninhibited joy Courtney brings to his music. Beginning with a snippet of conversation with a (hopefully compensated) homeless man, the song transitions effortlessly from Ed Sheeran-esque rapping over acoustic guitar to a soaring chorus. Though singing of the struggles of a starving artist, Courtney avoids cynicism; instead saying “it feels like heaven underneath my feet.” While maintaining the same fiery spirit of his vintage rock inspirations, Courtney maintains an undeniable optimism throughout his lyrics that is so often drowned out in the genre.

One of the album’s surprise standouts is “Little Boy”. Folksy acoustic guitar highlights a gentler, bittersweet dimension of Courtney as he pleads with his younger self, yearning to reconnect with the childlike joy that brought him to music. The song builds to a Mumford and Sons-esque chorus, with echoing backing vocals and an energetic acoustic arrangement to match the quiet intensity of its nostalgic optimism. Peeling back the unbridled swagger that permeates the majority of the album, “Little Boy” brings a refreshing vulnerability to Courtney’s persona. Piano ballad “Goodbye John Smith” follows suit, delicate strings accompanying Courtney’s mournful baritone, reminiscent of Joe Cocker.

Courtney emerges in a class all his own. Mastering both the raucous jaunts of “Hellfire” and delicate ballads, the young Brit maintains a compelling individuality that begs to be heard. Surrounded by so many rising young artists struggling to carve a niche into the crowded new music scene, Courtney sidles in with ease.

Check out “The Attractions of Youth” here:

Connect with Barns Courtney here for tour dates and news:

Tags Barns Courtney The Attractions of Youth The Kooks

I write about music and live shows and other fun things. Strong feelings about pugs, Halloween, and burritos. Currently zooming around northern California, with frequent stops in LA.
@missdanajacobs
Previous Single review: Shifty Eyes – BEAST
Next Sarah Ragsdale Takes Us on a “Whimsical Romance” with New Album 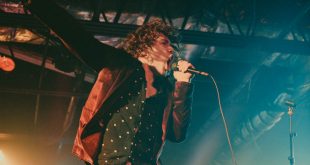 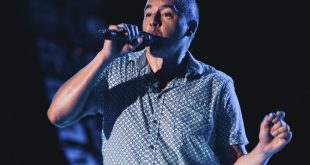 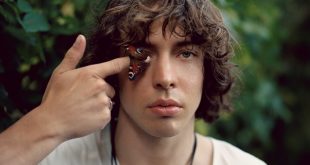