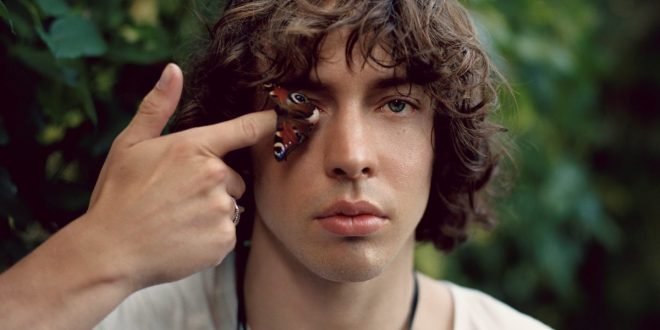 Barns Courtney has today released his driving new single ‘99’, out now on Virgin EMI. Airing on the side of retrospect, the uplifting new indie anthem is a throwback to the glory days of the late nineties.

Speaking of the track, Barns comments; “This is the first song where I’ve ever been able to inject my true personality. I was born in England and grew up in suburban Seattle playing video games and watching Pokémon. 99 has got genuine sadness, but it’s got playfulness, and it references the nerdy parts of my personality where I’m in Seattle in the late 90s with my friends in front of a TV screen playing Nintendo 64. It’s got the silly playfulness where I reel off a list of dated games consoles at the end. That sense of poking fun at yourself. The universal goal is that to be successful is to have shiny status symbols, so there are people who’ve grown up and got the house and the Ferrari, but here I am clutching my old Sega Megadrive.”

Alongside the new single, Barns has also stepped things up in the live arena by unveiling his highest profile UK headline tour to date. With eight shows across the country, including a night at London’s Heaven, the tour further cements his stamp as one of the country’s most exciting acts.

The past year has been nothing short of extraordinary for the British troubadour. His debut album The Attractions Of Youth, has racked up a highly impressive 200,000 album sales to date, his arsenal of songs have struck a massive quarter of a billion worldwide streams, and his YouTube channel has caught light in the form 25 million views.

After sold-out UK tours including venues such as London’s Camden Dingwalls and Scala, the number of successes over the last 18 months have also included winning a ‘Sync Artist Of The Year’ award at Music Week’s Sync Awards beating the likes of Rag & Bone Man and Ellie Goulding to the post. He’s been tipped as One To Watch by Rolling Stone and completed live TV performances on James Corden’s Late Late Show (watch HERE) and Conan O’Brien (watch HERE), as well as rave reviews from Reading Festival, SXSW, Radio 1’s Big Weekend, and his support slots with both Blur and The Libertines.

Barns Courtney has already experienced more highs and lows than most artists could wish to encounter in an entire lifetime. His is a story of family turmoil, bad record industry deals, homelessness, serendipitous meetings with movie moguls and sheer talent and hard work winning out against the odds.

Speaking about those challenging times and conquering the odds Barns said: “My first single appeared in this Bradley Cooper movie and before I knew it I got this call from my manager while I was slinging laptops as Currys and PC World who told me I didn’t have to work there anymore. I was so downtrodden after my experiences that even when I was sat in Virgin Records with a bottle champagne in one hand signing on the dotted line, I just couldn’t speak to anyone. I was so afraid the rug was going to be pulled from under me. It was another two years before I thought it might actually turn out alright”.

Now putting the finishing touches to his second album, this is Barns’ time. With a strong reception for his debut,  he is now looking ahead to unleashing his brazen sound on as many people as possible. 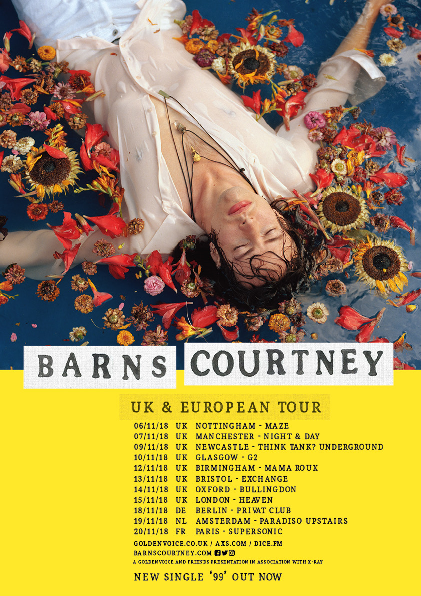