Home / News / Judah & the Lion Expand The Going To Mars Headlining Tour Into 2018! 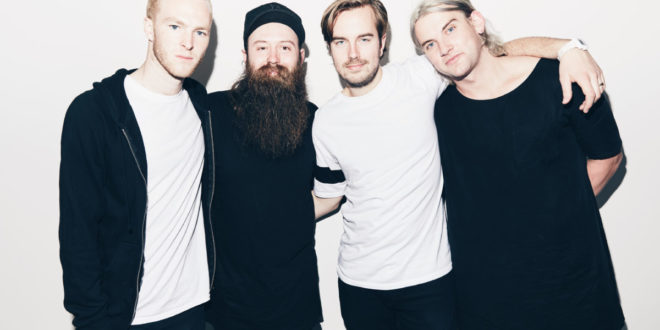 Judah & the Lion Expand The Going To Mars Headlining Tour Into 2018!

Nashville band Judah & the Lion have expanded their biggest headlining tour ever – The Going To Mars Tour – into 2018 with the addition of 34 new dates being announced this week! The new dates will take the tour to the west coast for the first time and includes stops in several cities where the band SOLD-OUT shows this fall! Pre-sale starts today, September 26th with general onsale this Friday, September 29th. Check out the full dates for The Going To Mars Tour through 2018 below or at judahandthelion.com, where tickets will be available.

Judah & the Lion are currently in the midst of the 2017 leg of The Going to Mars Tour, which ramps back up again this week in Columbia, MO! In a whirlwind month, the band sold-out TWO nights at their hometown Ryman Auditorium, performed at halftime for the Denver Broncos opening Monday Night Footballgame, debuted newest single “Suit and Jacket” on National Television on Jimmy Kimmel Live! and played several festivals including Music Midtown andiHeart Music Festival!

Additionally, it was announced earlier this week that Judah & the Lion will be featured on Holiday’s Rule, Vol. 2. (due 10/13 via Capitol Records)! The band performed their rendition of “The Christmas Song (Chestnuts Roasting On An Open Fire)” for the compilation alongside artists like Paul McCartney, Norah Jones, The Decemberists, and many more! More info can be found here.

The tour is in support of the band’s sophomore album Folk Hop N Roll which was released as a deluxe edition earlier this year through Caroline. Following in the footsteps of their RIAA Gold #1 single “Take It All Back,” latest single “Suit And Jacket” continues to rise at Alternative Radio, hitting #4 this week!